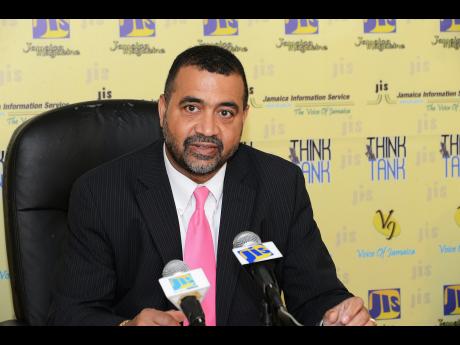 Medical officer of Health for the parish of Clarendon Dr Kimberly Scarlett Campbell said that in the month of June, there were five suspected cases of leptospirosis, as well as two suspected deaths from the disease in the parish.

Speaking at the monthly sitting of the Clarendon Municipal Corporation, Scarlett Campbell said that the cases came from one of the areas being highlighted with the problem of garbage not being collected.

"Redlands and Chapelton, where we have poor solid-waste management, are the main areas. It is important that we really try to resolve the issues that we are having in that location because we can have more cases," she told the meeting.

Scarlett Campbell also used the opportunity to issue the reminder about the dangers of swimming or wading in water that may have been contaminated by animal urine.

Making note of the hurricane season, she said that a storm could be expected at any time, and with the parish's vulnerability to flooding, she stressed the Ministry of Health's warning to the public about the dangers of swimming in floodwaters.

"In terms of the etiology, how did these persons get the suspected leptospirosis? We have to think about swimming in water, wading in these contaminated waters. It is also very important that if you have food shops that are flooded out, that the food is condemned because sometimes the food can become contaminated, and we are asking for the councillors in the divisions to work with the health department because it may be your friend or your relative," she said, adding that persons eating those kinds of foods leave themselves susceptible to the disease.

Scarlett Campbell also warned parents and caregivers to ensure that their children do not play in those waters or eat foods that may be affected as they can become infected with diseases such as leptospirosis.

Dr Winston De La Haye, chief medical officer in the Ministry of Health, told The Gleaner that he was unaware of the issue, however, the ministry would be investigating.

In her summary for the month of June, Medical Officer of Health for the parish of Clarendon Dr Kimberly Scarlett Campbell says that she has seen the fruits from the vector-control programme that was carried out in the parish as for the month, there was only one suspected case of dengue on record when compared to the corresponding period last year.

Scarlett Campbell also shared at the monthly sitting of the Clarendon Municipal Corpor-ation that there is a rise in conjunctivitis, or pink eye, in the parish, especially in the May Pen area and in Chapelton.

"Towards the latter part of June, there was a surge in the number of cases of viral bacteria conjunctivitis in Clarendon in some communities. The public-health nurses and the public-health inspectors had to be summoned to affected schools in those areas to do an initial assessment. They are also having an increase in Sandy Bay," she said.