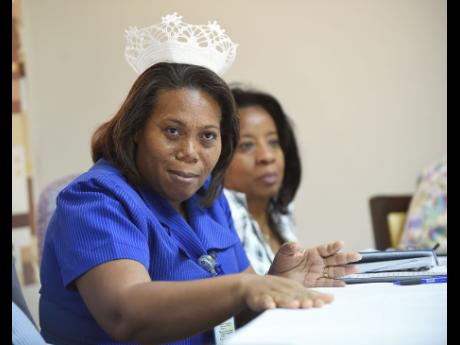 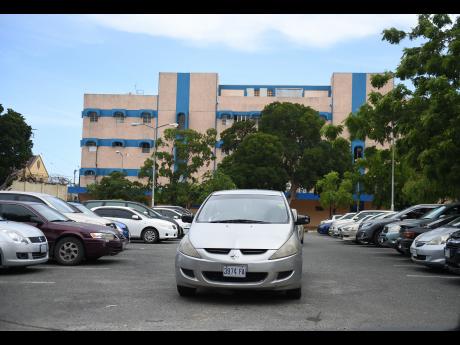 Criminals in the vicinity of Kingston Public Hospital (KPH) are preying on medical practitioners who have to take public transportation just outside the gates of the facility at nights.

There have also been reports of doctors being robbed in the parking lot, which director of nursing services at the KPH, Joan Walker-Nicholson, argued would not have happened in the past.

"I remember my early days at KPH when we use to walk out there to access the bus to go home. I remember one evening there were three of us, and when we went to the bus stop, this dark guy with mark-up, mark-up in his face came and said 'Nurse, that bus coming, jump in it,'" Walker-Nicholson recounted at a Gleaner Editors' Forum last Thursday.

"I decided I wasn't going anywhere, but my two other colleagues went in the bus and I was standing there folding my hands. The man came and put me up on the bus step and all I could hear was a barrage of gunshots.

"I cried, and the next day I went back to country and it took days before I was able to tell my mother what happened. But he was protecting me," added Walker-Nicholson.

But now the criminals use the cover of darkness, thanks to a street light that is not working, to extort money from nurses who stand outside the entrance of the downtown Kingston-based hospital to wait on public transport.

Registered nurse Melanie Guelph, who is assigned to the Accident and Emergency Department at KPH, told the forum that going to the gate to catch a bus after leaving work at 10 p.m. can be a terrifying experience.

"After I finish working in the days, I have to take the bus under a street light at the intersection of North Street and Orange Street. And there are men out there saying that it is $100 to 'stand up here'. The same guys who we have to save their lives," said Guelph.

"Luckily, the JUTC bus drivers are so nice they will take our numbers and call to say 'they're going to leave downtown now' and I will say 'I don't get relieved yet, don't drive off yet.' And as soon as I get relieved, I will ask one of the porters to follow me to the bus stop and he will rush off his duty and follow me out there.

"Gone are the days when they (thugs) used to protect nurses. Now nobody is protecting you. They don't care who you are, they are going to take your things," she added.