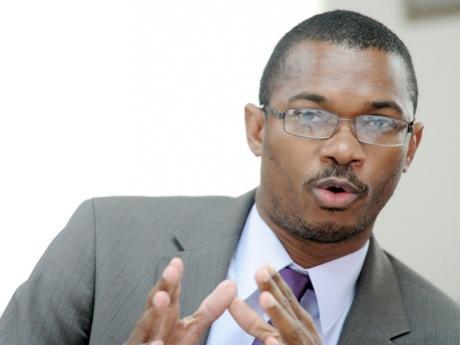 Arnaldo Brown ... I was on Government business doing government work and them string me up.

MANDEVILLE, Manchester:
Former State Minister in the Ministry of Foreign Affairs and Foreign Trade, Arnaldo Brown has hit back at Finance Minister Audley Shaw and his State Minister, Fayval Williams, who, together have racked up a phone bill of almost $10 million.

"Because of the excitement nobody is talking about the Minister of State in the Ministry of Finance and Planning, because her bill is approximately $1 million dollars... Between Audley Shaw and Fayval Williams that is almost $10 million," Brown said at a People's National Party constituency conference in Central Manchester, last evening.

He added that during his time in Government, his $1 million annual phone bill was nowhere near Shaw's, yet he was criticised harshly.

"I was on Government business doing government work and them string me up. I tell you, I am amazed, I am dumbfounded that in one month it's $1.5 million Audley Shaw spend and in another month $4.5 million and in one year he spent $8.5 million dollars!"

Brown further mentioned that his travels to distant countries were far more extensive than those of the Finance Minister.

"When  I was in the Minister of Foreign Affairs and Foreign Trade, one month I was in Paraguay, then in Turkey, then in UK and the furthest I know that Audley Shaw goes is to Washington," Brown said.

The former state minister also claimed says the idea of roaming should not apply to Shaw as travels to the USA, Canada and United Kingdom may be billed at the same rates as if he had remained in Jamaica.

"You can roam as if you are home, so the same price him pay here is the same price he would pay there... So him have a little more explaining to do... But I say to you when yuh digging hole, dig two," Brown said.