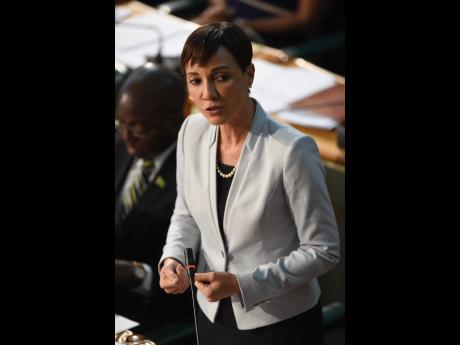 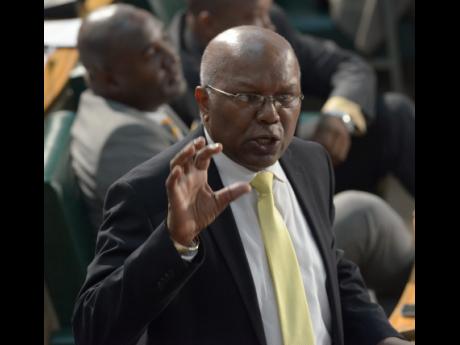 The review of a draft national diaspora policy has been put on hold until other key government processes are finished, Kamina Johnson Smith, the foreign affairs and foreign trade minister, has said.

She told a Gleaner Editors' Forum last week that part of the policy is linked to the Economic Growth Council (EGC), the body established last year to oversee projects aimed at helping the Government achieve five per cent GDP growth in four years, or by 2020-2021.

The EGC initiatives include a Diaspora Engagement Task Force that is working on leveraging the support of Jamaicans living aboard in getting economic growth.

"It is important that the diaspora policy be sustainable and [that] it be holistic and fit for purpose. The review has actually had to take a pause for us to reach a point of outcomes with the Engagement Task Force so that that can feed back into the policy," the minister said.

Johnson Smith said an update will be provided at the 2017 Diaspora Conference scheduled to start Sunday in Kingston.

Meanwhile, the matter of whether to allow members of the diaspora to vote in local elections remains just one of several options on the table on how to settle on representation.

"It's an emotional issue and one that we want to look at in a structured way. There are very different views among the diaspora and in Jamaica as to whether voting should take place or whether some other type of representation could be used instead," Johnson Smith said.

"It doesn't only have to be a function of voting, and the diaspora makes that quite clear. There are some people who want vote. They have made that clear. And then there are others who feel that representation in some form - whether it is in the Senate or on boards - what they want is a voice."

The foreign minister said the position will come from the engagement task force which will then be put before a joint select committee of Parliament for deliberation.

An update from the task force, she said, is not expected before December.