Billions for Zones roll out 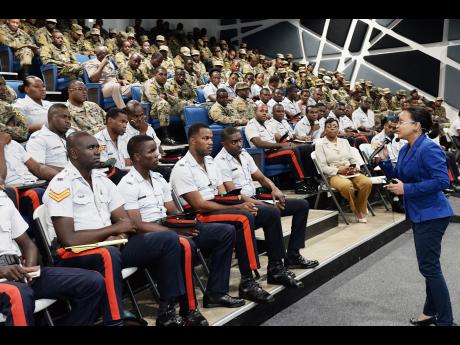 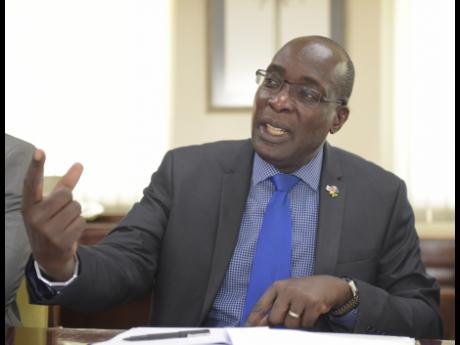 The Andrew Holness administration has pumped an additional $2.574 billion into the Ministry of National Security to assist in rolling out the Zones of Special Operations crime initiative, which is intended to target communities rocked by rampant criminality.

With more than 700 murders recorded since the start of the year, the Government is working feverishly to introduce its latest crime-fighting measure, which will seek to uphold the rule of law and public order and to ensure the safety of Jamaicans within certain geographically defined areas, often referred to as crime hotspots.

The Zones of Special Opera-tions Act has been gazetted and is, therefore, now law.

Minister of Information, Senator Ruel Reid, announced yesterday that he had received a copy of the Jamaica Gazette indicating that the law, having been duly published, is "the law of the land".

Reid, the Government's chief spokesman, told journalists at a post-Cabinet press briefing at Jamaica House that the Cabinet had approved the allocation, which the Ministry of Finance and the Public Service is expected to consider for disbursement.

In the 2017-2018 Budget, the Ministry of National Security received $54.6 billion for recurrent expenses and another $4.25 billion for capital projects.

According to Reid, the new allocation would also be used to procure additional vehicles for the police force and to purchase CCTV and body cameras.

"This is a substantial allocation that we think that the ministry will be using very strategically to ensure that we bring under control the scourge of crime in Jamaica."

The information minister also divulged that the National Security Council, which is chaired by the prime minister, would meet before the weekend.

Quizzed as to when Zones of Special Operations would be declared to tackle crime in the hotspots, Reid said that the heads of the security forces would have to recommend, in writing, to the prime minister, communities that they believed should be targeted for such operations.

He said that after the meeting of the National Security Council, the country would be informed as to whether there had been a determination of areas to be designated Zones of Special Operations.

Under the Zones of Special Operations, members of the security forces are empowered to search a person, vehicle, or place without a warrant, within a declared zone, if they "reasonably suspect that an offence has been, is being, or is about to be committed".