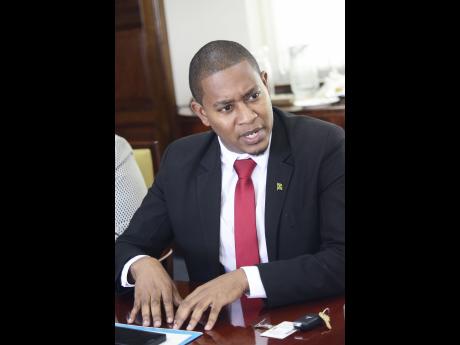 After two previous attempts, the draft National Plan of Action for an Integrated Response to Children and Violence (NPACV) was unveiled yesterday, with a pledge for the final document to be produced within the next six months.

Minister of State in the Ministry of Education, Youth and Information, Floyd Green, said that the plan has been a long time coming. He is hoping that it can go before Cabinet in the next few months.

"We have been at the preparation stage for a draft plan of action for violence against our children since 2002," he said.

Chairman of the Child Development Agency (CDA) Children's Advisory Panel Mathew McHayle is hoping that the NPACV will be revolutionary as he wants to think about the future of Jamaica without becoming sad.

"I want to encourage you, as well, to make it all about us, the children," he urged during a workshop to discuss the plan at the Mona Visitors' Lodge and Conference Centre at the University of the West Indies, Mona, yesterday.

Chairperson of the Violence Prevention Alliance Dr Elizabeth Ward said that a data-driven approach and collaboration are needed as the country seeks to address violence against children.

"What we know is that over 66 per cent of our cases of sexual assault involve children under the age of 18," she said.

"Unfortunately, too many of our children are falling between the cracks," she noted.

Chief executive officer of the CDA Rosalee Gage-Grey said that the plan provides a coordinated and structured approach to addressing issues and challenges being experienced by children.

"The core objective is to reduce the impact of violence against children through an integrated approach to prevention, control, intervention, responses, monitoring, and evaluation so that the rights of children may be preserved and an environment created for the stimulation of their positive growth and development," she said.