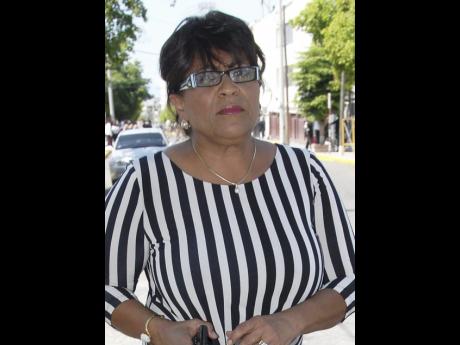 Government Member of Parliament Marisa Dalrymple Philibert has asked the finance ministry to look into whether judges who retired before this year's approval of retroactive salaries could get some benefit.

But the Trelawny Southern representative has been told to raise the issue at Parliament.

She raised the issue on Tuesday as the House Regulations Committee met to consider the Judiciary (Salaries) Order 2017, which will grant the first increase to judges since 2014 and which was two years overdue. There was a freeze in public-sector wages from 2012 to 2015. The House approved the order on June 20.

Lorna Phillips, the principal director for compensation management at the ministry, told the committee that the increases cover high court and appeal court judges who were employed from 2015 to 2017, the period that a commission considered before recommending the increases.

"What about our judges who have retired [and], therefore, they wouldn't be active during the period under consideration? I'm very interested because they have retired years ago," the MP said.

She argued that many of the judges are retired and getting pension - two-thirds of their salary at retirement. That, she said, was not sufficient to meet their basic needs.

"I'm very concerned, as parliamentarians, that we are not looking back at those who have served 50 years, 53 years, 40 years, and 35 years. And when they retire, they are not allowed to just go into the work field. Is there anything being done to address that situation?" the attorney asked.

Phillips, though noting that there was a wage freeze, said that she would raise the issue with the financial secretary, Everton McFarlane. "I will pass on these concerns and we stand directed."

Committee Chairman Franklyn Witter suggested that Dalrymple-Philibert raise the issue at the House level using a private member's motion, to which she agreed.

Retired judges to the rescue - Government, Opposition agree on need for constitutional changes to allow former members of the Bench to serve after age 70