Jamaica must 'grow its way' out of debt problems 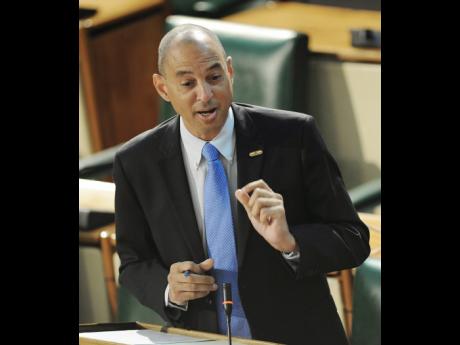 While commending the previous and current administrations for their efforts at reducing Jamaica's high debt burden, Government Senator Don Wehby says that contraction of the debt alone is not sufficient and there is urgent need to pursue strategies to achieve sustained economic growth.

"We can't contract our way out of our current high national debt problem. We have to grow our way out," Wehby told his colleagues in the Upper House on Friday during a debate on a bill to amend the Public Debt Management Act.

The legislation establishes a Debt Management Branch, which is charged with the management of the public debt portfolio, including government loan guarantees and public debt transactions, and the development, implementation, monitoring, and review of the medium-term public debt management strategy. The bill also seeks to amend the parent law in order to make certain provisions of the act more detailed and consistent with international and local standards and conform with other laws.

Commenting on the high debt Jamaica has racked up over many years, Wehby said that the country has been spending more than it earned, leaving it with one of the highest debts in the world as a percentage of gross domestic product (GDP).

He argued that to realise economic growth, the country needs "proportionate levels of sustainable foreign and local investments".

Wehby said that as chairman of JAMPRO, "I can say that there is a pipeline of investments in a number of areas."

The bill was passed with one amendment.

The Government senator, who is also group chief executive officer of GraceKennedy, said that while the debt was declining steadily, there was still much work to be done.