No time to dream - Most Jamaicans focused on survival 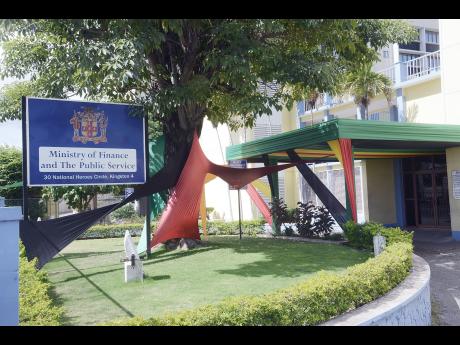 Norman Grindley
A well-decorated exterior at the Ministry of Finance and and the Public Service, at Heroes Circle in Kingston heralds the upcoming Independence celebrations. 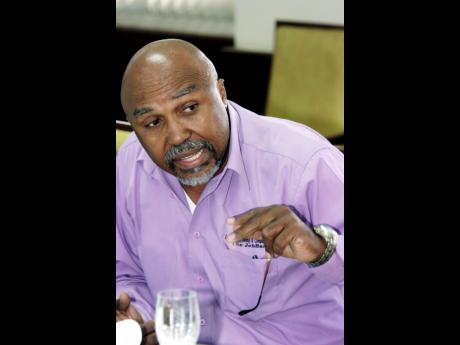 The typical American dream is a couple with two children, a house with a white picket fence, and a dog. Not so for Jamaicans.

A recently concluded Gleaner-commissioned Bill Johnson poll found that there was no real Jamaican dream for 51 per cent of respondents who live in this place they call home.

A hodgepodge of factors completes the dream for those who remain in the land of their birth.

The Johnson survey, which was conducted between June 9 and 11 with a sampling error of plus or minus two per cent, looked at the perceptions of Jamaicans after 55 years of Independence, with a sample size of 1,500 persons taken from across the island.

With more than half the persons not responding to what the Jamaican dream means to them, pollster Bill Johnson argued that the focus of the majority was day-to-day survival, not wishful thinking of 'what might be'.

"There's a great deal of social isolation in the country that doesn't lend itself to dreaming," said Johnson, while alluding to statistics showing a majority of persons in the upper and middle economic group having a perception of the Jamaican dream.

The majority of persons equipped with high-level education (college or university) also had an understanding of the vision.

Johnson added: "The bottom line is that a significant number of people are too busy trying to survive. Their dream is to get through today with their kids and live another day.

"That may sound overly simplistic, but persons will tell you that when you're trying to find food to put on your table, there's no time to sit down and dream. I think it's a shame that more than 50 per cent of Jamaicans are dreamless in terms of the nation's dream."

With more than half of the country unable to articulate "The Jamaican Dream", psychologist Dr Leahcim Semaj has argued that while the Vision 2030 development plan could provide the united goal, this could remain a pipedream as the people were not a part of it.

"The concept of the vision is not being promoted. It's almost like something being done by a private club or entity. There should be an ongoing process that persons can consciously interact with it.

"When I look at the document, my problem is it's much too linear. Dream is a process by which you do the impossible - you make quantum leaps - and not much of that is being taken into consideration," said Semaj.

While noting increased acts of criminality and faulty leadership as some of the great challenges facing the nation, Semaj argued that Jamaican media entities were not doing enough to champion national development and that this has contributed to the public's lack of information in regard of the vision.

"We have 29 radio stations and not one is committed to national development. So there's almost no space in the media landscape to get nationalistic information out.

"Media covers crime not national development issues. If we don't find a way to get the message out to the people, the vision won't become reality.

He was responding to a recent Gleaner-commissioned Bill Johnson poll which found that 51 per cent of respondents could not articulate the Jamaican dream.

The poll was conducted from June 9 to 11 islandwide with 1,500 respondents and a sampling error of plus or minus two per cent.