'Yardie' pride - Culture, heritage, history, sports, among the major reasons to be proud about being a Jamaican 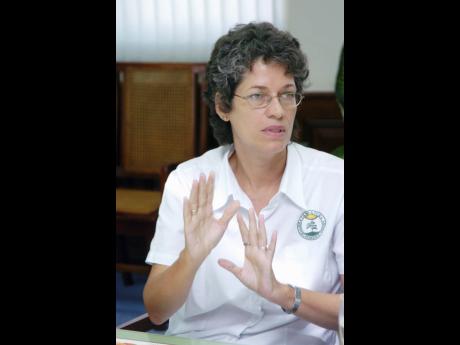 Jamaica's culture, heritage and history have been placed at the top of the list of reasons why Jamaicans think the island is special, and the factors that make persons proud to declare that they are from this little rock in the Caribbean.

The rich language, the achievements in sports, the laid-back lifestyle and the beautiful surroundings also figured prominently when pollster Bill Johnson asked persons what makes Jamaicans different from other people and what makes them proud to be identified with the island.

The natural environment, the climate, the food and the freedom they enjoy were among the major factors why persons said they love living in Jamaica.

The Gleaner-commissioned Johnson poll was conducted islandwide from June 9 to 11 with 1,500 respondents and a sampling error of plus or minus two per cent.

For university lecturer Dr Donna Hope, there is no surprise that the Jamaican culture would rank high among the factors that make Jamaicans proud.

"Our culture is really about the things that make us special in a world where everybody is heading for standardisation," said Hope, who has a PhD in cultural studies.

"Jamaicans have a very unique culture and it is always important for us to recognise the uniqueness of our culture ... and the value of it, not just the monetary value but the value of our identity to us as a people," added Hope as she argued that most Jamaicans were fully aware of the strength of the Jamaican culture, especially on the international stage.

In the meantime, environmentalist Diana McCaulay has warned that Jamaica's natural environment, which 56 per cent of respondents listed as the main thing they like about living in Jamaica, is being degraded by the actions of many Jamaicans.

"I agree, the climate is lovely, most of the year, but the natural environment is much degraded," cautioned McCaulay.

With deforestation, and air and water pollution among some of the major environmental issues facing Jamaica, McCaulay argued that every Jamaican needs to understand his role in protecting the environment.

Major crime drivers - Unemployment, lack of jobs impairing Vision 2030
'Bad-mind' active - Crime, violence, corruption and envy the worst things about living in Jamaica
$10,000 for my 'X' - Almost 13% of Jamaicans say they would sell their vote
Who cares? - Many Jamaicans believe it doesn't make much difference whether the JLP or the PNP governs the country at this time