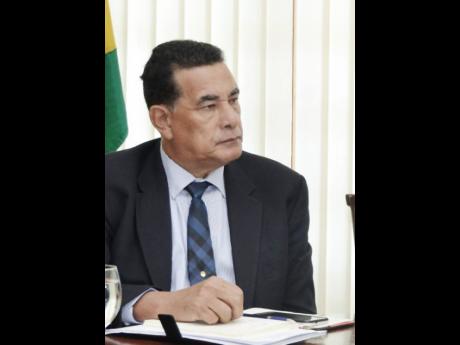 As St James continues to bleed, with the murder rate racing past 160 following the killing of two persons in a brazen gun attack in Salt Spring on Monday, it would appear that Montego Bay's mayor, Homer Davis, is ready to embrace the recently enacted zones of special operations initiative.

Speaking in Montego Bay on Monday, the mayor, who is a former member of the Jamaica Constabulary Force, described the zones of special operations law as a step in the right direction and intimated that, with the ongoing criminal carnage in St James, the parish needed that kind of intervention.

"Over the years, we have tried the Suppression of Crime Act, which, over a while, did not serve its purpose," said Davis. "I believe the new act will go a far way in dealing with the crime situation."

While Davis was convening a special meeting on crime with his councillors at the St James Municipal Corporation on Monday, gunmen were on a rampage in the volatile Salt Spring community, shooting five persons, two fatally.

According reports, at approximately 3:30 p.m., residents were standing at a shop in the community when a car pulled up and several men alighted with guns drawn. They opened fire at the residents. Five persons were hit. One died on the spot, while another succumbed to injuries in hospital yesterday.

One of the deceased has been identified as 16-year-old Tajay Haughton. The other is a man said to be mentally challenged, called Hero. The injured persons included the 72-year-old shopkeeper and two male customers, aged 30 and 43.

The afternoon's shooting was not the only such incident in Salt Spring on Monday. A municipal officer, assigned to the St James Municipal Corporation, was shot and seriously injured during an altercation with another man.

According to residents, the policeman confronted a young man, who he reportedly accused of molesting his daughter. They reportedly had a physical altercation, following which the young man went away and returned. A gun was used to shoot the municipal police officer.

The injured man was rushed to Cornwall Regional Hospital, where he was admitted in a serious condition. Inspector Peter Salkey, of the St James police headquarters, confirmed the incident, which reportedly took place shortly after 10 a.m.

Since the start of the year, St James, which had a record 268 murders last year, has had 160 murders, which is significantly higher than the 140 over the corresponding period last year. The parish has seen some 10 murders in the past two weeks.