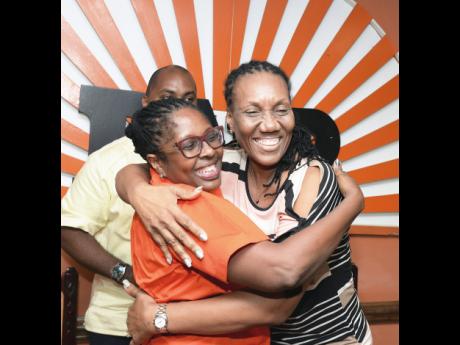 The two candidates seeking to be the People's National Party (PNP) standard-bearer in the St Andrew South West constituency have pledged to, among other things, uphold the constitution of the party, as well as its principles and objectives, as they prepare to do battle in a special delegates' conference on Sunday.

At Sunday's delegates' conference, to be held at the Caribbean Palm's Community Centre, 1,927 delegates will be eligible to vote.

Each candidate will be allowed observers at each stage of the process - from the initial screening to the voting, followed by the counting of the ballots.

The delegates will cast their ballots between 10 a.m. and 4 p.m. and a winner is expected to be declared by 6 p.m.

Director of elections for Sunday delegates' conference, Julian Robinson, who is the general secretary of the party, told journalists that each voter will have to present proper identification in the form of a passport, voter's ID or a driver's licence before being allowed to vote.