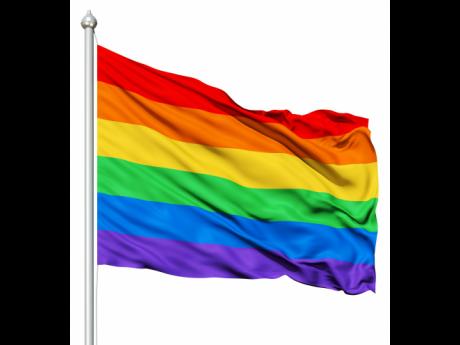 The Rainbow flag, celebrating gay pride, waving in the wind.

The Kingston-based United States Embassy has no plans to relent in its push for the rights of lesbian, gay, bisexual and transgender (LGBT) persons to be given due recognition in Jamaica.

Following the departure of former ambassador to the island, Luis Moreno, a month ago, the US Embassy has revised its strategic priorities.

Its four overall goals in order of priority are now to safeguard homeland and US citizens, increase trade and shared economic growth, combat Caribbean health challenges, and strengthen Jamaica as a partner on global issues.

But while LGBT rights fall in the fourth tier in the order of priorities, and despite US President Donald Trump's unofficial ban on transgender people joining that country's military, the US Embassy's counsellor for public affairs to Jamaica, Sri Kulkarni, told The Gleaner that LGBT rights will always be a priority of the embassy.

"We consider LGBT rights to be part of the overall push for equal rights and human rights, so treating LGBT people with respect, dignity and equality is going to be one of our priorities, no matter what," Kulkarni said.

"We are definitely going to be supporting organisations that help promote equality and make sure that LGBT rights are not violated.

He added, "Obviously, Jamaica has to make its own decisions on its specific laws but we don't condone or support any violations of individuals' human rights, no matter their gender or sexual orientation."

In seeking to achieve its number one priority of safeguarding homeland and US citizens, the embassy intends to, among other things, facilitate extraditions and interdict transnational crime organisations.

"That includes increasing the Government of Jamaica's capacity to investigate crimes, share intelligence, seize assets and prosecute criminals," Kulkarni explained. "And then an anti-corruption and anti-gang programme, which includes working with the Government of Jamaica and law enforcement, and it also includes community interventions such as working with youths and mentors.

He continued, "We want to reduce the culture of criminality and help actually with NGOs (non-governmental organisations) that are trying to reduce the violence, because everybody knows that violence is a big problem here in Jamaica."

The US Embassy also intends to aid the island in transforming its energy sector, while clamping down on intellectual property rights violations and the black market sale of counterfeit goods.

Kulkarni further pointed out that with Jamaica having "some of the biggest health challenges in the Caribbean region", the embassy intends to be a strong partner with the country on these issues, with a focus on "trying to contain HIV, Zika and other communicable diseases".