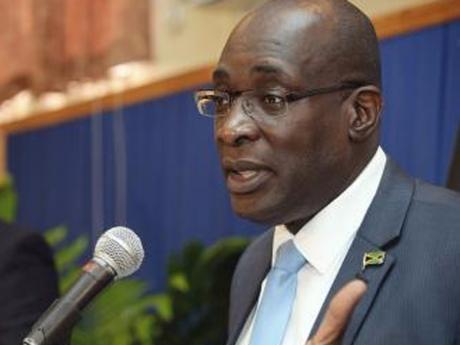 Reid .... I withdraw the reference of extortion and corruption to breach of non-mandatory fees policy.

Education Minister Senator Ruel Reid has withdrawn his comments alleging that some schools were engaged in extortion and corruption in breaking the policy governing the charging of fees.

Reid has been under pressure since his comment a post cabinet press briefing Wednesday, rejecting claims schools which have been withholding services because parents are refusing to pay certain fees.

On Wednesday, Reid named a total of six schools he claimed have been using "creative means" to force parents to pay for their children's education.

He later warned principals and school boards that they would face strong action from the ministry if they continued the breaches.

In a press release Thursday, the Opposition People’s National Party declared that Reid’s statement was an insult and the most inappropriate way to bring about cooperation.

"We believe that these comments will serve no useful purpose than to create animosity and confrontation and could also destroy the integrity of schools boards and administrators," a JTA spokesperson said in a statement.