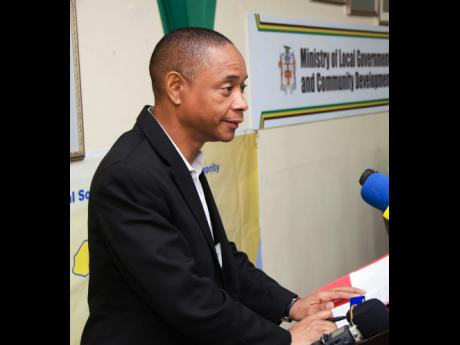 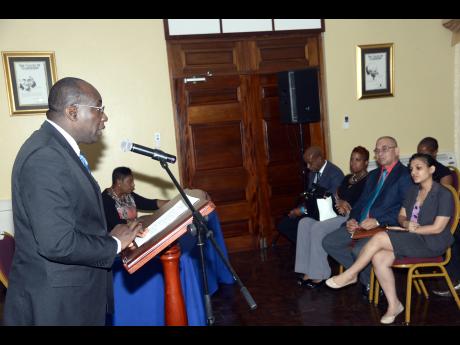 The head of the country's most powerful private-sector organisation has suggested that the $40,000 monthly cap placed on the phone bills of government ministers and their juniors, while reasonable, will be useless without robust checks and balances.

Dennis Chung, executive director of the Private Sector Organisation of Jamaica (PSOJ), said yesterday that he was surprised that Finance Minister Audley Shaw was able to rack up $8.3 million in telephone charges three years after former junior foreign minister Arnaldo Brown incurred over $1 million in charges on his government-issued mobile phone.

"This thing has been running for so long, and no one, internally, has said, 'Listen! We have a problem. Where are the checks and balances internally? Who is held accountable?'" Chung questioned.

Yesterday, the Andrew Holness administration announced that Cabinet had approved an interim policy for the use of government-issued mobile phones, which, among other things, caps the monthly charge for Category A state employees at $40,000.

Category A employees include permanent secretaries and the heads of state agencies.

Holness's press secretary, Naomi Francis, noted that there would be some flexibility with the cap as permanent secretaries would be able to approve charges over $40,000 per month in cases where the spend could be justified.

Information Minister Ruel Reid, who announced the cap during the weekly post-Cabinet press briefing at Jamaica House, revealed, too, that the Government is contemplating whether to make it retroactive to January this year.

"So if there are any breaches above that, arrangements would have to be made by the respective ministers for them to pay from their salaries or other arrangements made to defray those expenses," he said of the Government's thinking on how to recover expenditure for cap breaches.

Reid told journalists that the $40,000 was based on surveys that had been conducted and insisted that it should be sufficient if persons "act responsibly".

"We as the Cabinet want to show the kind of discipline to the public that we are not going to be wasteful of the public resources. We are going to lead by example," he said.

Chung agreed that the cap was a reasonable amount, especially given the responsibilities of government ministers.