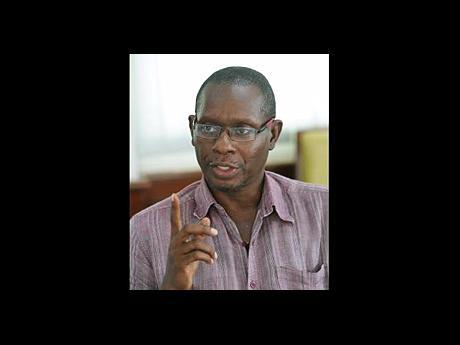 Expressing pessimism that the Zones of Special Operations Act could do a lot in lowering Jamaica's crime rate, particularly murder, Dr Christopher Charles is stressing that no provision has been made within the legislation for the dismantling of gangs and the hunt for illegal guns, which is the island's biggest problem.

"Nothing I have heard is about dismantling the gangs and getting the guns. In fact, during the zones of special operations, because the men know it is going to come, I suspect that they might move to communities that are poor, but where gangs are dormant.

"They are not fools. They will go into those communities and wait. They listen to the media, so they know that Rockfort, MoBay, Clarendon, and Trelawny, anywhere we have killings, they are going to come, so they would have moved. They can also lock away their guns and just easy," the senior lecturer in political psychology in the Department of Government at the University of the West Indies told The Gleaner yesterday.

He hastened to acknowledge that the security forces have always managed over previous years to enter and hold some of the more volatile communities but that the approach each time has been wrong.

Charles is convinced that there was no need to enact new laws to bring the situation under control.

"Holding ground is good because you have to hold ground first. However, we hold ground all the while. We have held ground with curfews in the past. How is it different? What they are going to do is put a lid on things, and that is just a temporary fix. It is not the first time I am hearing about social intervention, but it has come to nought. You don't have to draft up any legislation," said Charles.

It would mean they would be doing regular police work in the brain of the cancer, and then you work to dismantle the gangs, neutralise them, and then you can have social interventions. Social inter-ventions cannot happen in six months. It has to be over an extended period and coordinated."