Life after Track and Field for the sprint legend 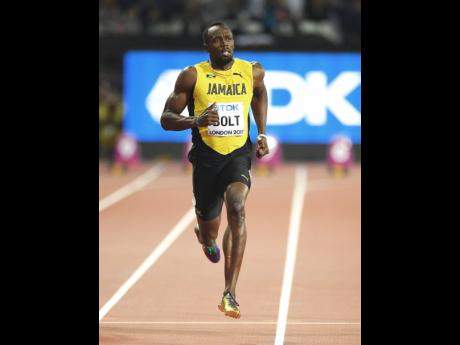 After fifteen years on the world stage, it is hard to think of sprint legend Usain Bolt doing anything but track and field athletics. Bolt says he will retire after London and, taken at his word, the question is: What next?

Bolt can play for a while. For the dirt, Bolt has quad bikes; that, and a fully customised Jeep Wrangler Avorza for off-road. For tarmac, Bolt can play with one of two Nissan Skyline GTRs, a BMW X6 or a Toyota Tundra driven to training sometimes. For fun on the water, there is a party yacht.

In 2009, Bolt bought a home in Rum Cay Island in The Bahamas for an unknown fee.

"Who wouldn't want to live on Rum Cay?" Bolt asked at the time. "It is magnificent!"

That playground could be a home away from his exclusive home in Norbrook, St Andrew.

The world star seems to have been busy aligning himself with the stars for life after track athletics. Coach Glen Mills is anxious to preserve his own legacy at Racers Track Club, and Bolt says he is seriously considering assisting Mills until the maestro decides to call it quits.

Bolt has a known equity stake in at least three businesses: Enertor, an upstart sports insole brand; his own shaving company, Champion Shave; and 'Usain Bolt's Tracks and Records'. The venue almost feels like a shrine to the great athlete, being a blend of sports bar, restaurant and gift shop.

Bolt's PUMA contract runs to 2025, valued at US$10 million plus incentives, according to Forbes. An apparel and merchandise empire is growing. The world's fastest man collaborated with Soul Electronics on 'run free' in-ear headphones and several items within his Bolt Collection at PUMA. Jamaican apparel manufacturer Sun Island has the licence to use his name, image and likeness on a line of garments.

For philanthropy, the sprinter's work with the Usain Bolt Foundation is extensive. He once sponsored the Jamaica Women's football team as they desperately searched for funds to participate in a major tournament. He is also a keen supporter of his alma mater, the William Knibb Memorial High School. He frequently gives sporting equipment to William Knibb. In September 2015, he gave $1.3 million, in the form of football and cricket equipment, to complement the bundles of athletics' kits PUMA supplied as a part of their sponsorship of the sprinter.

Life after athletics is looking good for the legend. He just has to choose which way to go.