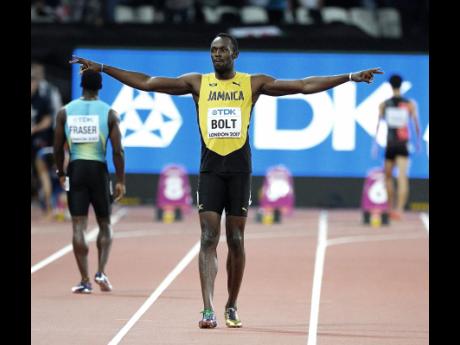 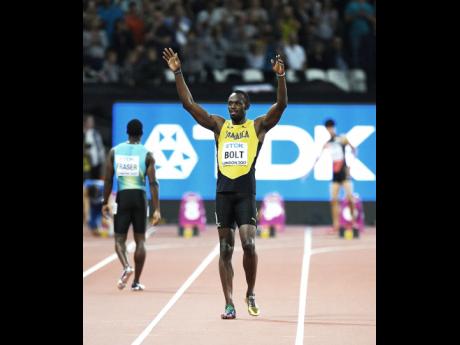 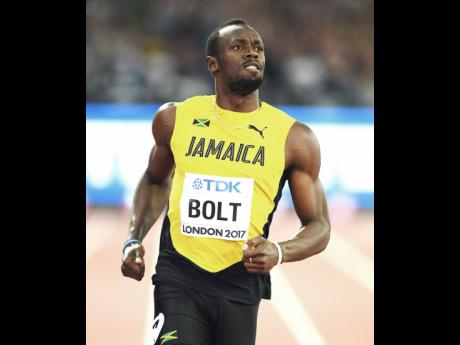 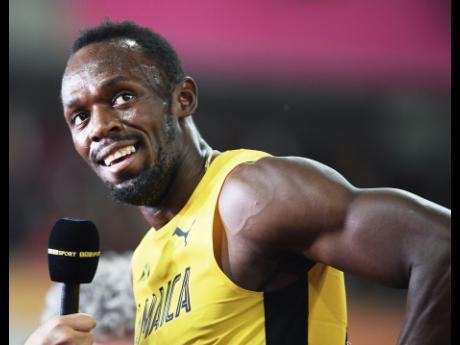 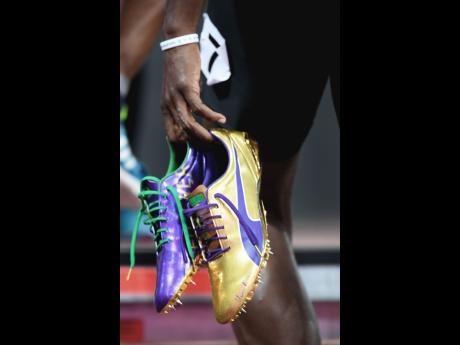 "Usain Bolt is an icon for everybody, also in Afghanistan. It's good to have a man like him in the sport. He is a champion and a hero for us. It's great for me to run here in London, as it's his last championship and I'm proud to be here with him," declared Said Gilani, one of Afghanistan's most noted athletes.

Gilani had just clocked a pedestrian 11.13 seconds for sixth place in his 100m heat at the 2017 IAAF World Championships inside the London Stadium.

He has six national records, but is more interested in following the example of a man he idolises.

His run will go unnoticed by most, but in the war-torn Middle Eastern country of Afghanistan, he hopes his efforts, like Bolt's, will have a positive impact on his country.

MADE THE MOST NOISE

The Jamaican's effect will, no doubt, continue off the track in the years to come, but the world will today witness the ending of the greatest sprinting career in history, and judging from

yesterday's heats, which were contested in a 17 degrees London chill, the 11-time world champion will have to bring the heat inside the London Stadium if he is to enjoy a winning retirement party.

On a day that saw two Jamaicans qualify for the men's discus final for the first time in history, and Damar Forbes' return to the long jump final at a major international championship, a race-rusty Bolt had to produce another mid-race charge, in the end winning and qualifying comfortably for today's semis with a time of 10.05 seconds.

The expected suspects - Christian Coleman (10.01), Ben Youssef Meite (10.02), Justin Gatlin (10.05), Yohan Blake (10.13) and Akani Simbine (10.15) - are all through, but it was another Jamaican, Julian Forte, who matched his 9.99 seconds personal best. Forte made the most noise heading into the business end of the competition after qualifying with the fastest time.

"This shows me that I am in good shape. I am trying to execute each race to perfection. I just tried to control my race and what was in my lane. That's just me. I've always been confident, so this run just kept it at its high level," Forte shared after his run.

Still, every camera lens will be trained on Bolt, who remains the favourite to win his 12th World Championships gold medal.

Bolt welcomes the challenge ahead, noting that he feels in good shape and that there is much more to come.

NOT BEST BUT HAPPY

Dacres, who has impressed all season in the discus event, was far from his best, but landed the disc far enough - 64.82m - to continue his medal hunt along with his training partner, Traves Smikle, 63.23m, who claimed the last spot into the medal round, which starts at 7:26 p.m. (1:26 p.m. Jamaica time).

"Yes, I was struggling," said Dacres. "This was not my best start. It was bad, but I am happy going to the next round."

Senoj-Jay Givans failed to advance in the 100m and had to settle for seventh place in his heat with a time of 10.30 seconds. It was also a tough lesson for long jumper Ramone Bailey, whose 7.76m was not enough to book his spot in the long jump final.