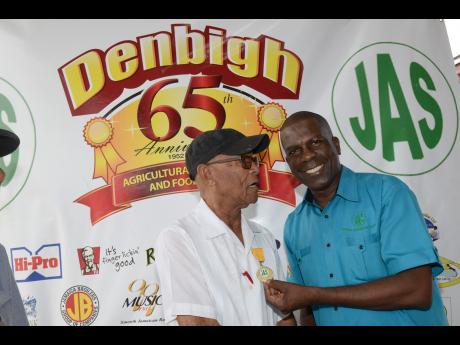 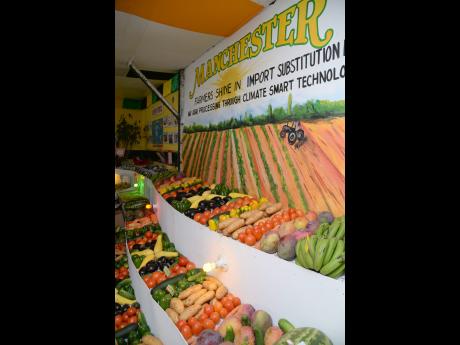 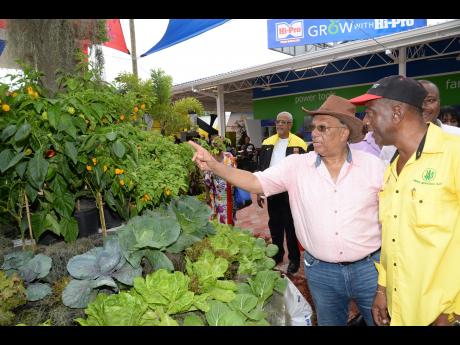 On Sunday, at the 65th staging of the Denbigh Agricultural Show in Clarendon, 65 outstanding farmers from across the island were honoured for their achievements.

President of the Jamaica Agricultural Society (JAS), Norman Grant, said it was all about saluting the farmers for their tremendous contribution to the development of Jamaica.

"We have 250,000 farmers and fisherfolk, and notwithstanding challenges with bad roads, no irrigation, praedial larceny, issues with the weather, and no insurance coverage, our farmers have continued to respond to the needs of the Jamaican economy," said Grant.

Staged under the theme 'Grow What We Eat ... Eat What We Grow, A Salute To Our Farmers ... Nation Builders', Grant said that since the concept of the show was pushed in 2003 until last year, it has saved the Jamaican economy an estimated US$500 million over the period.

He also pointed out that too often farmers are only remembered when the economy is facing challenges or there is a shortage of food on the market.

"The JAS believes that we should always salute and encourage the farmers," Grant said.

Adding his voice in support of the farmers, leader of the Opposition, Dr Peter Phillips, said the contribution of farmers must be applauded, as come rain or shine, hurricane or flood, they have dedicated themselves to feeding the nation.

"What we need to dedicate ourselves to now is to improve the conditions under which our farmers operate. Forty per cent of our farmers operate without the titles to the land on which they farm. Too many of our farms are using technology that is typical of the 19th century and without adequate irrigation," Phillips said, pointing out that better must be done by them.

Custos of Clarendon, William Shagoury, who also batted for the farmers, described them as "the foundation of this great nation".

"This extravaganza underscores the prominence of farmers in the grand scheme of things. They are the creators of authentic wealth that is sprinkled with strong values and a sense of satisfaction, which will always guarantee results," he said.