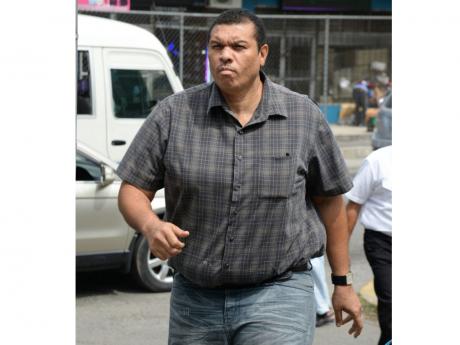 Businessman Patrick Powell has been sentenced to nine months in prison at hard labour for failing to hand over his licensed firearm and ammunition to police investigators.

The offence is a breach of the Firearms Act.

The sentence was handed down by Parish Judge Vaughn Smith in the Kingston and St Andrew Parish Court a short time ago.

"The court is not of the view that a fine would be a sufficient deterrent to other licensed firearm holders not to do what Mr Powell has done," Smith said before imposing the sentence

Last month, the judge had said the sentence could be mitigated if Powell surrenders his firearm.

But this morning Martin said that could not happen.

"We don't have a firearm to hand over today," she told the judge.

"The weapon is not in his possession. He has given an account of the weapon but that would amount to hearsay," she said.

Martin also sought to describe Powell as a decent civilian.

"Mr Powell accepts the verdict. There is nothing here to suggest that he is a danger to society," she said.

READ: Patrick Powell being punished for getting off murder case

But Smith said the fact that Powell has not turned over the weapon is an aggravating factor as several requests were made for it.

Powell showed no emotion as the sentence was announced.

He was arrested and charged for the offence in July 2011 amid a police investigation into the shooting death of Kingston College student Khajeel Mais.

He maintained, throughout his trial, that he was exercising his right to remain silent when he ignored a request from police Superintendent Clive Walker to turn over his licensed Glock pistol.

However, prosecutors Yanique Gardener Brown and Natalie Malcolm countered that the right to silent is not triggered until an accused person is formally charged and pointed out that was not the case with Powell.

The businessman was charged with murder in Mais' death, but later acquitted after the case collapsed.