No rapists here! - Residents of Zimbabwe deny claims of what led to 17-y-o's murder; call on mother to tell what she knows 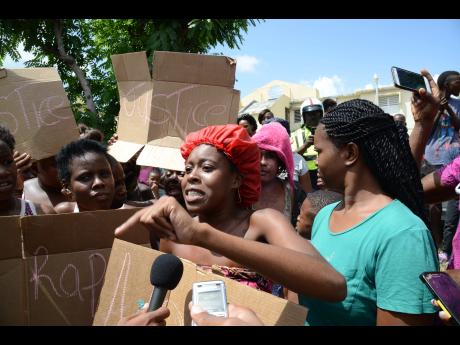 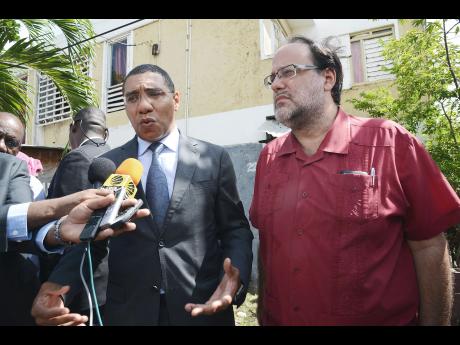 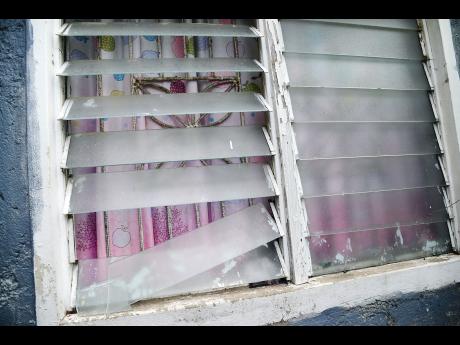 Serious about safeguarding the reputation of their community, residents of Arnett Gardens - particularly from an area called Zimbabwe, where 17-year-old Meadowbrook High School student Micholle Moulton was shot and killed - have rebuffed reports that she was killed by someone in the community with whom she refused to have sexual relations with.

Moulton's younger sister was also shot in the early Sunday morning incident, and was hospitalised and treated.

The residents claim that no one from the South St Andrew community would have any reason to target the young woman, and were adamant that the child's mother, who has now been relocated with the help of the Government, must provide answers, as they believe the killer was known to the family.

"We are not concerned about her (the mother) anymore. I am concerned about the children. Me alone live inna my house wid my two sons and nobody never terrorise mi or trouble me yet. I feel real hurt. When I saw (the story), I got really angry, because the door is not kicked off," she said, explaining why she thought that there were no rape attempts.

Scores of emotional residents took to the streets yesterday, some bearing placards suggesting that the community does not harbour rapists, with most of them insisting that the crime was an outside job.

Prime Minister Andrew Holness and caretaker for the constituency, Mark Golding, along with a team from the Ministry of Labour and Social Security visited the community to meet with the mother of the children, to assess the impact of the incident and offer assistance.

Official reports from the Denham Town police are that Moulton was shot and killed by unknown assailants around 4:25 a.m. on Sunday. Her 12-year-old sister was shot and injured. Reports say that both girls were at home when explosions were heard. Checks were made and the girls were found in a bedroom with gunshot wounds. Moulton was pronounced dead, and her sister admitted to hospital in a stable condition.

On the heels of 17-year-old Micholle Moulton's murder in Arnett Gardens, South St Andrew, on Sunday, a resident who requested anonymity told The Gleaner that a turf war has rocked the community, but that the teenager was never a target for sexual abuse.

"Number one, this is a war time. Di window dem affi lock from inside. The daughter dem intelligent. No disrespect nuh come from there suh and nobody don't terrorise them. There is no knowledge at the station of that. It is a personal vendetta, no form of rape. The only thing, there is a gang feud going on with certain man weh want turf, and that is it, nothing more," the man expressed.

Shortly after noon yesterday, large crowds welcomed the arrival of Prime Minister Andrew Holness, who gave assurance that the family will receive help.

"We really would not want this to become a situation where the community is on one side and the victim on another. I appeal to the good conscience of the people living in the area to reach out to the victims and protect them. That is the way in which the community will reclaim its image and its name," said Holness.

Responding to a question from The Gleaner, the prime minister opted not to reveal whether the community would become a zone of special operations.

"There are clear criteria for the declaration of zones. They have to have an elevated level of crime over and above what would be considered average. They would have to be perceived as a threat to the rule of law and where there is a general threat to public safety. A number of communities meet those criteria. Then you would move to the second level of prioritising communities based on the resources that we have," Holness said.

"I don't want to give any indication as to what communities could be considered, but the criteria are there and the public can make the assessment for themselves."