A worrying sight - Experts at KPH concerned by glaucoma figures 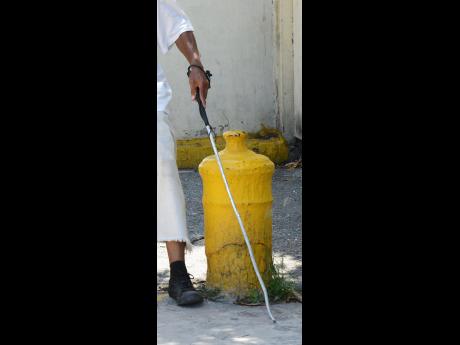 At least 15 per cent of the roughly 500 patients tested monthly at the Kingston Public Hospital (KPH) are diagnosed with glaucoma, a rate that experts at the hospital believe is worrying.

Dr Angela Mattis, head of the Ophthalmology Department at the KPH, said that the number was revealed by an ongoing study being undertaken by the department.

Glaucoma is a condition that causes damage to the eye's optic nerve and gets worse over time. Without treatment, glaucoma can lead to permanent blindness.

The study, which started at the end of last year, is being done with the aim of having researched and official data regarding the number of persons in Jamaica with the disease.

Mattis told The Gleaner that while there are situations in which the disease can be prevented, for the most part, it carries few or no symptoms in its early stage.

"Anecdotally, more than 50 per cent of our patients in the eye clinic have glaucoma. We average some 500 new referrals per month, and of that, approximately 15 per cent of those are diagnosed with glaucoma. Somebody might say that is not a large number, but if you were to exclude some of the many traumatic eye injuries, for example, interpersonal violence, etc, that number could jump to at least 30 per cent per month."

"You can't prevent glaucoma, so we are talking about diseases that you have no control over. Accidents are, for the most part, preventable. Glaucoma is a disease that for the most part, is symptomless because by the time you realise that you are not seeing well, it is very advanced. It can only be controlled."

The ophthalmologist emphasised, however, that patients are able to control the devastating effects as they often are able to live a fairly good life after being treated.

"It's not all doom and gloom. It is a condition which can cause irreversible blindness, so if you don't start treatment early, you run the risk of your optic nerve being totally gone. That is why we want to catch them early. We have those who come at a very late stage, but, generally, they do well and can survive with their eye drops, similar to a hypertensive patient."

She also emphasised the need for more persons to take the disease more seriously and make an effort to get checked at least once per year.

"It is a disease that has a hereditary component. So, if you have a family member who has glaucoma, you should be checked. Glaucoma really spans the ages; you can be born with glaucoma so it can be congenital. For most patients, however, it comes on later in life," she said.

"All the treatment that we have is to prevent it from progressing. It's very serious. It is one of the leading causes of blindness in Jamaica."