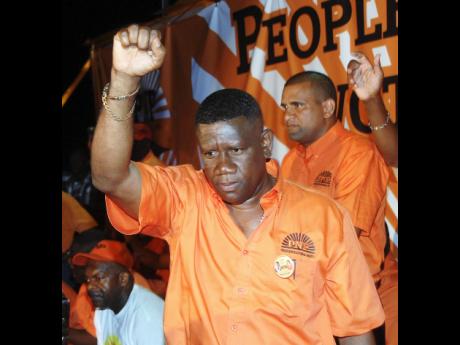 As recent as Saturday, Dr Winston Green sent WhatsApp messages to parliamentarians, showing highlights of a health fair he had hosted in his St Mary South East constituency, according to general secretary of the People's National Party (PNP), Julian Robinson.

This is why, Robinson said, it has been made even harder for his family, close friends and colleagues to wrap their minds around his sudden passing yesterday.

In an interview with The Gleaner, Robinson said that although the 58-year-old dental surgeon had fainting spells some time last year, he showed no signs of ill health.

"It's a shock for everybody. Nobody anticipated this happening. Members are still trying to process what's taking place. We are rallying around his family, close friends and constituents. We will be meeting with the leadership of the constituency tomorrow (Tuesday)," Robinson told The Gleaner.

"I was in touch with him, maybe the last time we sat in Parliament, which would be around two weeks ago. We have a WhatsApp group as members of parliament and he regularly posted stuff he was doing in his constituency. So even if you weren't close to him, you would have been aware of the things he was doing. He really gave his all to the constituents and was fully and totally devoted to them," Robinson continued.

Prime Minister Andrew Holness also conveyed his condolences to Green's family and colleagues, noting that Green was a competent member of parliament.

"Dr Green had a quiet disposition. He has given national service which must be commended. Dr Green was one of those parliamentarians who served his constituency well. I applaud Dr Green's contribution to governance through politics," Holness said.

"Jamaica has lost a great son. Our heartfelt condolences to his children, Ashley and Wade, his family, friends and colleagues. He will be truly missed," he said.

A hard worker with a passion for education

News of the sudden death of their member of parliament has sent shock waves through various communities of St Mary South East.

The residents from some of the communities who spoke with The Gleaner remembered the late MP as a hard worker with a passion for education.

Lola Mendez, a resident of Juno Pen in Enfield, said: "I've been around him since he came to the constituency, and at first we had a few heated words, but after we got to understand each other, everything was good. I think he did a lot of work and was very good for [the] constituency," she said.

"Right now on Facebook, people are saying that he will really be missed because he helped a lot of parents and children with his back-to-school treats and grants for high-school students, sometimes from out of his own pocket.

"And he did a lot of visits to peoples' homes, so he was always visible. Even when people would cuss him on the road, he would still stop and talk to them," Menzez said.

Cadrea Davis from Crab Hall, Annotto Bay, said: "Dr Green was a man who set high standards and put himself out when it came to education. "Because of the problems with the election in this constituency, he had some setbacks, but he was a very good man.

Green was elected for a second term as MP in February last year after winning his seat by five votes in a magisterial recount. This changed the balance of power to 32 seats for the Jamaica Labour Party and 31 for the PNP.

- Orantes Moore contributed to this story