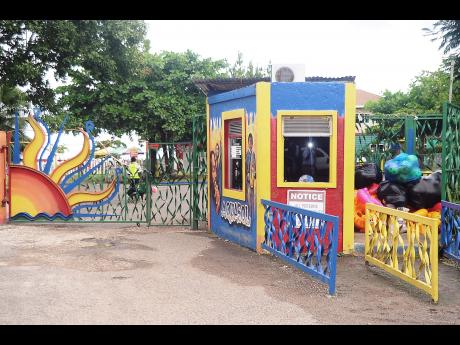 Dr Damian Graham, the general manager of the Urban Development Corporation (UDC), says attorney-at-law Jennifer Messado was not accurate in her media statement about the impasse between her client, Carlyle Allen, the embattled operator of the Aqua Sol Beach Park, and the corporation.

In an interview with The Gleaner last Thursday, Messado claimed that her client, who operates the Aqua Sol Beach Park under the Reggae Adventure brand, was dealt with unfairly by the UDC, which had sought to take possession of the property.

"The lease expired at the end of May, and we paid for another quarter, which ends in August and have been in discussion with UDC for the extension of a lease and a new lease," Messado told The Gleaner. "We presented to them various factors, all the proper information and supporting documents, and they simply turned us down flat and locked the gate."

However, in an interview with The Gleaner yesterday, Graham described Messado's version as a misdirection of the facts and offered another explanation.

"We opted not to renew the lease on May 31st of this year and this was communicated to the lessee, and a period of 60 days was afforded for them to wind up their operation, which would end in July," said Graham. "Further to that, they were in arrears, and that account did not reflect any commitment to pay. They were not a tenant in good standing in that respect. It is completely false that they were not indebted."

According to Graham, there were also concerns of breaches, including six individuals residing on the property, while the National Environment and Planning Agency had expressed concerns regarding several other issues.

"We did not take back the property on the first of August, considering the need for public use on the first and on the sixth," said Graham. "However, in light of public safety and the long-term use, we had to step in."

"We have a duty of care for the public," continued Graham. "In 1979 when these beaches were prepared by the UDC, they were done for the public good, so one can understand."

Lawyers representing Reggae Adventure last week sought an injunction on the move by the Urban Development Corporation (UDC) to reclaim the Aqua Sol Beach Park facility. The matter was settled in the Supreme Court via a consent order, which allows them a further 60 days under certain conditions, including full payment of arrears, with specific timelines, failing which the UDC is authorised to take possession of the property.

The 16-acre property is poised for development into a world-class multi-zone public space at a projected cost of $700 million, set for completion in 2019.

Repeated efforts to reach Messado yesterday were unsuccessful. She had claimed that the UDC had to use "brute force" to lock out her client, whose assets were still on the property.