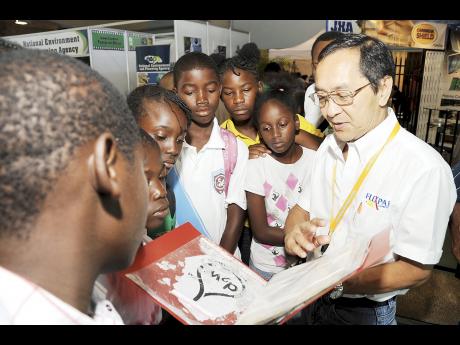 Local manufacturers of single-use plastic bags have already begun to prepare for a ban on this all-too-popular packaging, if Senator Mathew Samuda has his way, according to Nigel Hoyow, technical director of Flexpak Limited.

Hoyow represents the Jamaica Manufacturing Association on the multisector stakeholder group established last year after the Senate approved Samuda's private motion calling for a ban on plastic bags and styrofoam. Following the committee's review, the portfolio minister may either issue orders bringing into effect the recommendations or take legislation to the Parliament.

Hoyow, whose company has been supplying clients with biodegradable plastic packaging for seven years, anticipates little fallout from the ban but foresees another economic threat.

He told The Gleaner: "Local manufacturers like me can comply in a matter of weeks and start making the bags to be in the loop. People are now importing bags that are flooding in from the Far East and are not biodegradable. And it's killing our industry because they are bringing it in at a price that we can never compete with, so much so that a lot of the local manufacturers have actually stopped making these bags because there is no point. We can't compete."

95 per cent of scandal bags are from China

"So all those scandal bags you see in the supermarkets, about 95 per cent, 90 per cent are actually imported from China, and we just cannot make any headway into that. So the senator said he would ban that to help the local industry, but the Chinese are no fools. What they will do is they just going to start putting in the biodegradable content into it and still ship it here at lower prices same way. I think they are dumping. I think they are dumping stuff here because I am also a member of the anti-dumping committee of plastic bags. But they (the Government) don't seem to be able to do anything about it.

" I don't know, maybe (it is) because of some trade agreements with China. Maybe they don't want to step on people's toes. (However) I don't know how the Government is going to achieve a ban when they are involved with the Chinese in terms of trade and otherwise. So I am yet to see how this is going to play out after the policy committee meetings, which will involve the senator and the lawmakers within Parliament. They are the ones who are going to set the policy based on the recommendations by the working group, the committee, but we are still collecting information," the businessman said.