Jamaica House 'was a success' 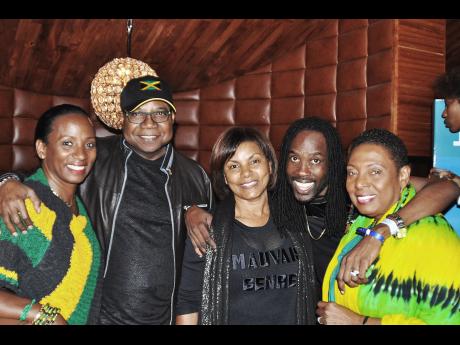 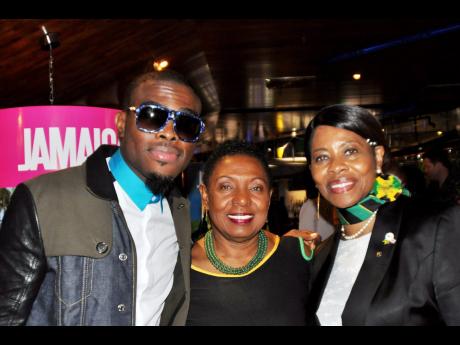 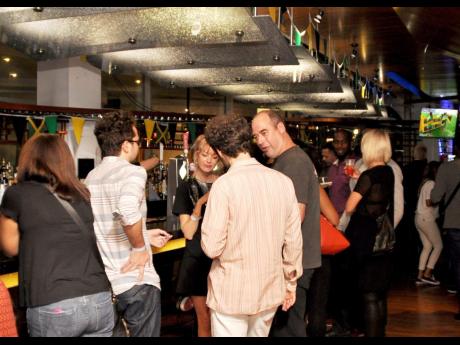 Contributed
Some of the guests hit the bar for Jamaican rum, during their visit to Jamaica House in London.
1
2
3

While the Jamaican athletes found it tough going in the London stadium during the recent IAAF World Athletics Championships, the place to be for some first-class entertainment, great Jamaican food, and a superb atmosphere was the Jamaica House showcase at the Indigo 02, Greenwich, which concluded on Sunday, August 13.

Jamaica House was hosted by the Ministry of Entertainment, Sport, Culture and Gender Affairs, along with the Jamaica Tourist Board, and consisted of nine nights of entertainment by leading Jamaican artistes, including Ziggy Marley, Freddie McGregor, Nesbeth, Chris Martin, Tony Rebel, Luciano and UK reggae band Steel Pulse. The activities in the house also included live TV broadcast from the action at the London Stadium, where sprint king Usain Bolt ran his last competitive race.

Jamaica's Tourism Minister Edmund Bartlett and Minister of Entertainment, Sport, Culture, and Gender Affairs Olivia 'Babsy' Grange were on hand to welcome guests in the VIP lounge, where a host of UK celebrities, community leaders and entertainers were constantly passing through. They demon-strated their support for the Jamaican athletes.

Among the well-known faces spotted were Health Minister Dr Christopher Tufton and Daryl Vaz, minister without portfolio in the Office of the Prime Minister, as well as reggae superstar Shaggy and Reggae Sumfest promoter Joe Bogdanovich

Commenting on the staging of Jamaica House 2017, Bartlett said: "Jamaica House was very successful as it brought together a number of tourism partners, not just for social engagement, but business discussions, which are helpful as we head to the UNWTO (World Trade Organisation) Conference to be held in November in Montego Bay. We were able to get a partnership arrangement with the WTTC (World Travel and Tourism Council), which will bring the private sector element and multilateral funding agencies to take part in the conference."

On the cultural side, Grange said that she was pleased with the line-up of entertainers as it brought together "the best of Jamaican and UK talent and gave patrons a real Jamaican vibe".

Also commenting on the benefits of staging Jamaica House 2017 was Elizabeth Fox, Jamaica Tourist Board UK regional director. She said: "It was a great platform for us to meet our clients and entertain them with some great Jamaican culture, music and food. We had loads of feedback from our tourism partners, who said Jamaica had done a great job."

Jamaica House ran from August 5 to 13.