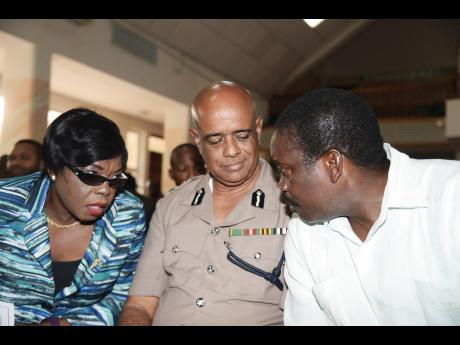 "The silence from our men is deafening because there is a surging trend of men being abused by their female partners and they remain silent because they don't want to be called a 'maama man'," said Montague.

"But they, too, are suffering and suffering silently. There is no discrimination when it comes to domestic violence. Perpetrators come in all shapes and sizes. They come from uptown, downtown and from every profession."

"This Government and this minister are unequivocally committed to crime prevention, and one of the ways that this is being done is not only by looking at the crimes of the victims but also of the offenders," he said.

The minister revealed that in 2015, forty-six men were killed in domestic disputes, while 15 women succumbed to attacks; in 2016, 38 men were killed, while 25 women were murdered in domestic altercations. The numbers extend to domestic incidents involving siblings and are not only reflective of intimate relations.

"It means that more men would have lost their lives, but the statistics may not be reported as the family members are not willing to speak the truth," he said, adding that the JCF has been particularly active against domestic abuse, training at least 400 police officers in the last 12 months to deal with the crime.