We must take back our country... JTA past president agonises about killings of teachers, students 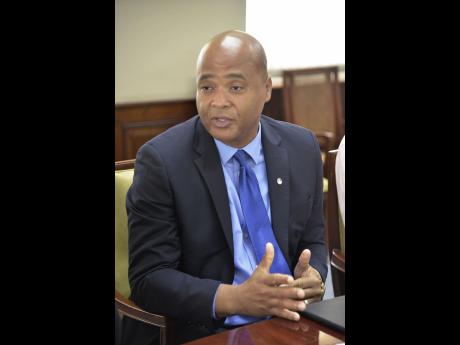 Howard Isaacs, immediate past president of the Jamaica Teachers' Association (JTA), is calling for initiatives to address the crime and violence that have led to the deaths of educators and students. He said that was one of the issues with which he had to wrestle during his tenure in the 2016-17 academic year.

Isaacs made the call in his address to educators, as outgoing president, at the JTA's 53rd annual conference in Montego Bay on Monday night.

Georgia Waugh Richards was sworn in as the organisation's 53rd president.

"One of the biggest concerns of my presidency was the number of students and colleagues we lost as a result of violence. Several times during my presidency, I stated repeatedly, that we need to address the two-headed monster of crime and violence that permeates our society. We have to break its back, and we must get back our country," said Isaacs.

MUCH MORE NEEDS TO BE DONE

Isaacs also said that the health and wellness of teachers must be addressed, as some educators died during his tenure because of lifestyle illnesses.

"Lifestyle diseases took too many of our colleagues. We attended too many funerals, gave far too many tributes, and shed too many tears for our students and colleagues," said Isaacs. "In 2016, we signed a memorandum of understanding with the National Health Fund, who supported many of our initiatives in this conference year, and started a comprehensive collection of information. Based on the feedback received, much more needs to be done."

The JTA's three-day conference is being held under this year's theme 'Navigating the Education Land-scape: Transforming, Engaging, Collaborating, Facilitating and Leading'.