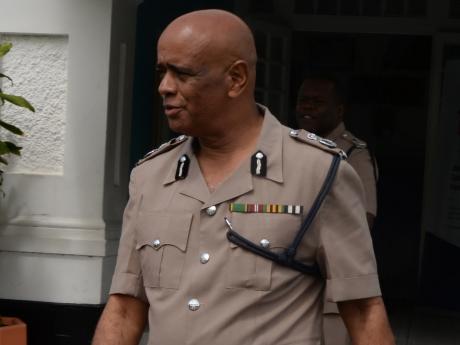 In the video, a policewoman accuses her female superior of frustrating her and warned that she will be seeking the intervention of the police commissioner George Quallo.

The Police High Command is reporting that it has started a probe into the circumstances surrounding the conduct of members of the Jamaica Constabulary Force (JCF) captured in a video that has gone viral.

In the video, a policewoman accuses her female superior of frustrating her and warned that she will be seeking the intervention of the police commissioner George Quallo.

Friday evening, the police high command said it is probing the matter and will take the required mediatory and/or disciplinary action.

"The JCF is aware of the impact this particular video may have on the image and morale of its members and we seek to assure the public that a high standard of professional conduct is the measure of our police," said a spokesperson for the High Command in the release.

The spokesperson further said the incident is of concern to the high command, as it does not reflect the image, training and professionalism of the JCF.

"Most regretful is the inappropriate usage of other policewomen as the thumbnail for a video posted on YouTube by ‘Mr. Contrarian Talk & Vids'," the spokesperson said.

The JCF is asking the owner of the YouTube channel to immediately remove the image.

"Any act that will impair our image of public relation and interaction will not be countenanced positively," the spokesperson said.

The High Command says the JCF seeks at all time to empower its members and boost their morale to give high quality service to the public.

It is encouraging members of the organisation to access counselling services through the Medical Services and the Chaplaincy Services Branch should they require assistance.

It says peer counsellors and volunteer chaplains are also available at all Police Stations.