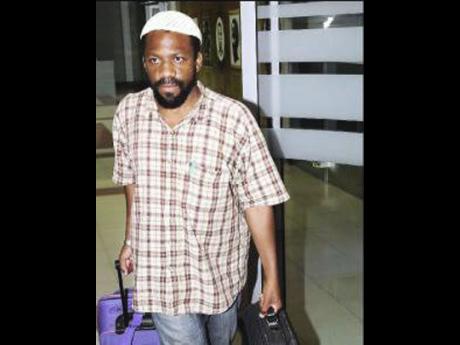 Controversial Muslim cleric Shaikh Abdullah el-Faisal, who was arrested by Jamaican authorities yesterday, was allegedly trying to persuade an undercover police officer in the United States to join the Islamic State (IS) terror group, American authorities have revealed.

According to the New York Daily News newspaper, the 53-year-old al-Faisal was arrested on five terrorism-related charges following an indictment filed by Manhattan District Attorney's Office.

"Shaikh (el) Faisal has used his influence and direction to groom and inspire terrorists who have bombed trains, attempted to blow up airlines and attack Americans here and abroad," the newspaper quoted James O'Neil, commissioner of the New York City Police Department, as saying yesterday.

'Way forward is the bullet

Jamaica's National Security Ministry announced el-Faisal's arrest, but did not release details. Local law-enforcement sources revealed that he was arrested on a provisional warrant from the US.

According to the newspaper, undercover law-enforcement agents in the US established a relationship with the controversial cleric via email, text messaging and video chats.

Officials said he first provided the agents with ISIS propaganda before proposing that they travel to the Middle East to offer support to the jihad.

It was also alleged that he made arrangements for one of the agents to marry a woman in Syria for quicker access to the Middle East.

He was deported from Kenya in 2010, but even before his return here, police paid close attention to his movements after he was deported from England in 2007. This, after a four-year prison term for inciting racial hatred and soliciting murder.

He was born in Montego Bay, St James, and attended the Maldon Primary and Junior High School.