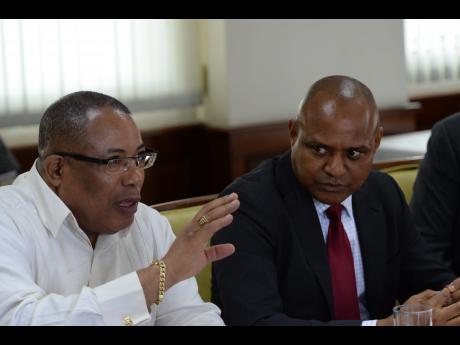 The new arbitration law enacted in Jamaica two months ago has reportedly put the country ahead of others in the Caribbean and should help attract more foreign investors, argued Dr Christopher Malcolm, the secretary general of the Jamaica Arbitration Centre.

"Jamaica now has the most modern of the laws in the Caribbean and we are competitive globally in terms of the nature of the law," said Malcolm at a Gleaner Editors' Forum last Tuesday.

According to Malcolm, Jamaica's legislation is so good that Singapore, one of the world's leading hubs for transport and finance, and other countries are taking note of Jamaica's progress.

Jamaica's new arbitration law is an update on the one that was in place since the 1900s. The new legislation adopts the United Nations Commission on International Trade Law - a global model adopted by leading economies.

"We have created a legal framework which makes it possible for international people to consider us as a place to bring their arbitration. There are always going to be imperfections and things to be improve upon, but we are now on the forefront," he said.

Malcolm argued that Jamaica is ahead of the Caribbean with its global 'brand', which can be leveraged with the new arbitration system to local benefit.

"Brand Jamaica, with all the crime, has an international reputation. I'm just coming back from Singapore, Malaysia and Qatar. I can assure you that in that neck of the woods, they are talking about Jamaica in sorts of ways and looking at what we're doing," said Malcolm.

Former Industry Minister Anthony Hylton, who was also a guest at the editors' forum, noted that the interest in Jamaica's modernised systems would be key to the push to embrace logistics and supply chain.

He said using the international arbitration standard to settle trade disputes is a key way to ensure that Jamaica maximises the benefits that will flow from the country being a part of the global shipping and transportation hub.

"So you want to attract investment, you want it here [and] there's going to be disputes, you should keep the arbritration here," said Hylton.