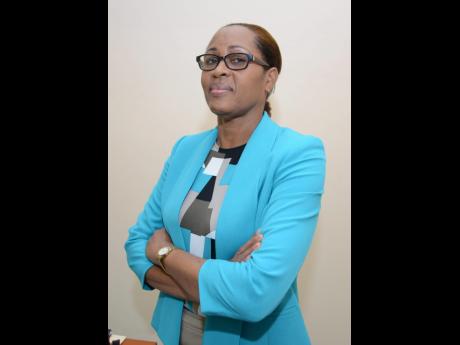 New head of the Centre for Investigation of Sexual Offences and Child Abuse (CISOCA) Superintendent Charmine Shand is warning paedophiles across the island that she is coming for them.

More than half the almost 600 cases reported to the (CISOCA) since the start of the year involve sex, and a tough-talking Shand has a warning for those abusing the children.

"I would like to say to men, leave the little children alone," Shand told The Sunday Gleaner during an interview last week.

"If you know you have committed the offence, if you know a report was made against you, all I can do is tell you to turn yourself in because we are going to be coming to get you," added Shand, who took command of CISOCA recently.

She suspects she was tasked by Police Commissioner George Quallo to head CISOCA because of her success in arresting rampant child sexual abuse in St Thomas, which was, at one point, identified as the parish with the highest number of these cases.

"I got a lot of convictions because I used to work in the schools and I developed a very good relationship with the guidance counsellors then," said Shand, who started out in St Thomas as a constable in 1998 and gradually moved up the ranks to become the divisional commander.

"When it came to adult males who got involved with schoolchildren, that was a concern for me. I remember when we were there (St Thomas), it was a lot of adult males that were arrested and charged with those offences," she recalled.

Shand said she is aware that leading CISOCA comes with even greater responsibilities, but she is confident that she is fully prepared to do her part to ensure the conviction of perpetrators.

Nearly 30 years of experience in the Jamaica Constabulary Force has prepared her to deal with both victims and perpetrators of sex crimes and she plans to utilise her training in trauma counselling when the need arises.

"I took up the challenge and I can tell you that I am determined to do my best in leading, managing and inspiring my staff for them to give of their best also," she said.

Between January and July 31 this year, CISOCA received 598 reports, with 327 of those cases involving sexual intercourse with a person under 16.

That was a sharp increase over last year when there were 296 reports of sexual intercourse with a person under 16 during the corresponding period in 2016. There was a decline in every other type of sexual offence reported to CISOCA over the first seven of this year when compared to last year.

"This is just what has been reported to CISOCA. Islandwide, there would be more," said Shand as she pointed to the figures.

"Until persons start to understand that children are children, then we will continue to make arrests. It is just unfortunate that they (children) become victims," added Shand, who is the mother of two boys.

According to the Sexual Offences Act, a person in authority who has sexual intercourse with a person under 16 can be given up to life imprisonment upon conviction.

"Since I have been here, there are some reports that when I think about them, I just wonder if this is Jamaica?"

According to Shand, more public-education campaigns will have to be undertaken to try and counter the tendency to sexually abuse children.

"Since I have been here, almost every day the CSS (Community Safety and Security) component of CISOCA does lectures. They go to churches, they go to schools, they go to community meetings and they have been conducting lectures and telling persons what the offences are, what is right, what is wrong," said Shand.