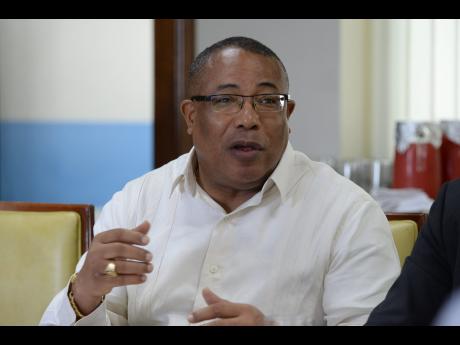 Jamaica Chamber of Commerce (JCC) president Larry Watson says that the International Chamber of Commerce has been a leading instrument for arbitration - the private determination of a dispute - by an independent third party globally. He said that the JCC sees itself as a key part of the local process that will evolve following amendments to legislation.

Speaking at a Gleaner Editors' Forum last week, Watson said the amendments were a step in the right direction and augured well for greater efficiency in business for both local and overseas investors.

"We see the new laws as a future - a budding and growing area and space. (Arbitration) takes the pressure off the courts system once the process is used more," he said. "When large and small international commercial businesses are coming to Jamaica to do business, if they have a hiccup, or a disagreement, they don't have to wonder if it is going to take five or 10 years in the courts to get their disputes heard at a cost of millions of dollars."

The forum was told that parties were free to choose the laws that governed their proceedings. As a result, a matter in Jamaica to be arbitrated may be determined by the Bermudian Court as per wishes and agreement of the arbitrator, and it is binding. Expert witnesses will be drawn from the jurisdiction whose law is applicable.

According to Watson, cost and efficiency are determinants for the choice of jurisdiction. One case that was suited for arbitration was the current dispute involving international pharmaceutical distributors Pfizer and local manufacturing company LASCO. Pfizer is contesting the J$39-billion claim made against it by LASCO for compensation after the courts agreed that Pfizer unjustly barred LASCO from distributing the highly sought-after generic drug Las-Amlo-Dipine. The drug is used to treat high blood pressure, and LASCO was distributing the generic drug at a cheaper price than Pfizer.

The case has been in local courts for nearly a decade.

Watson said businesses cannot wait for years for the settlement of a dispute, and arbitration would make the business operation climate more attractive.

Anthony Hylton, opposition spokesman on industry and commerce, told the forum that arbitration provided flexibility and that parties to contracts like flexibility.

According to Hylton, economic development that will flow from Jamaica's logistics business efforts - evidenced by the expansion to the sections of the Kingston container terminal - will benefit from arbitration laws.

"Arbitration is not a substitute for courts. They work best when the courts are there to support the arbiter," Hylton said.