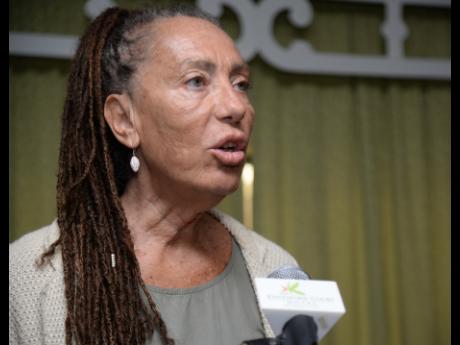 The encouraging Caribbean Secondary Education Certificate (CSEC) results produced by some of the island's prisoners this year have sparked motivation for human-rights group Stand Up For Jamaica, which has added more subjects to its curriculum in anticipation of next year's sitting.

Fifty-four inmates from the Tower Street, St Catherine, and Fort Augusta correctional facilities took a shot at the exams, with 82 per cent of them receiving overall passing grades across all subject areas.

"The results have been good. We have increased the number of subjects. We started three years ago with English and math. Now, we have English, math, social studies, and POB. In a meeting yesterday, we decided that this coming, school year, we would go for five subjects. I am so encouraged by the effort of the inmates. I want to commend them because it is not easy. The environment is not friendly for students," president and coordinator at Stand Up for Jamaica Maria Gullotta told The Gleaner yesterday.

What impressed Gullotta mostly, where the grades are concerned, was that there were periods of difficulty studying.

"They have so many challenges. Sometimes they cannot carry the books into the cell. I saw them going not one extra mile, but one million extra miles trying to be ready. The last couple of months before the exam, they were nervous that they were going to fail. I want to thank my teachers because they have done a good job and also some of the officers who have been really helpful, especially in St Catherine," she said

Gullotta is encouraging the private sector to do more to ensure that ex-inmates are not marginalised.

She stated: "Our concern is what will happen when they finish. We need to be extremely clear. It is difficult, in general, to find a job in Jamaica, but if you come from a prison, it is almost impossible. I already sent a request to the Private Sector Organisation to have a meeting with them. Business people in Jamaica and civil society can come on board, understanding that getting a job is to avoid going back to crime. They have been punished because they have done something wrong, but if you have been punished and you finish your sentence, you should be able to be reintegrated."