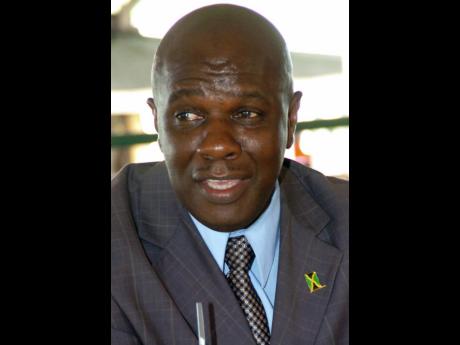 The authorities at the Falmouth Hospital in Trelawny say it is costing approximately $130,000 per day to care for the 10 social patients occupying much-needed bed space at the hospital, and they are expressing a desire to be relieved of the responsibility, which, they believe, rightly belongs to the Trelawny Municipal Corporation.

However, Falmouth's mayor, Councillor Colin Gager, does not support the sentiments of the hospital administrators, arguing that the social patients have not been classified as being poor, so they don't fall under the umbrella of the corporation.

"If they are declared poor, then they will be able to benefit from an allocation that the municipality gets from the Ministry of Local Government," said Gager.

However, Dr Ken-Garfield Douglas, who heads the Western Regional Health Authority, thinks the corporation is hiding behind an archaic 1940 law, which, he believes, has no bearing in regards to who can be declared poor.

"That law needs to be changed. It is an old law dating back to 1940," said Douglas. "What it does is give the municipality the opportunity to be derelict of its duty."

According to Douglas, the stance of the corporation is hurting the hospital, as the current situation is making life difficult for legitimate patients who need beds.

"The hospital's duty is to rehabilitate sick people, not to be responsible for their post-rehabilitative position. It is most unreasonable to have legitimate patients sitting on a chair for four days waiting for bed space occupied by social patients. The municipality has a duty to find room for these social patients," said Douglas.

The problem of social patients taking up bed space, to the detriment of really sick persons, is a long-standing problem in western Jamaica. Last year, the management at Cornwall Regional Hospital was faced with a similar situation as more than 30 of their beds were occupied by social patients who chose to remain at the hospital after being given the green light to leave.