ZOSO’s success hanging in the balance 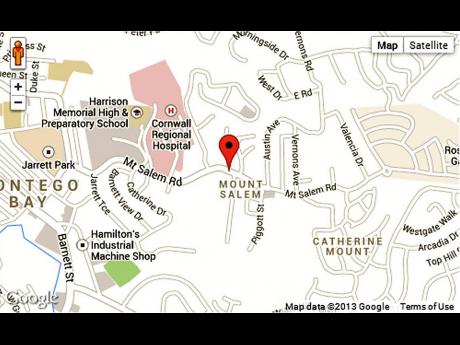 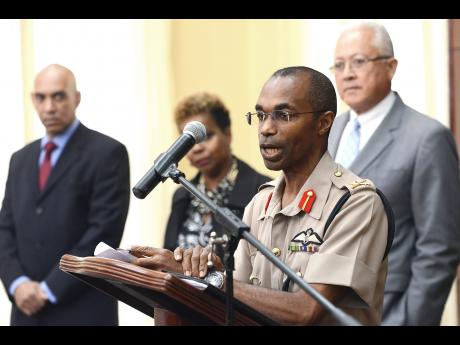 Ricardo Makyn
Chief of Staff Major General Rocky Meade addressing the media yesterday after the declaration that Mount Salem in Montego Bay, St James will be the first zone of special operations.
1
2

Several variables will be used to determine if success has been achieved in the various areas to be declared as zones of special operations (ZOSO).

Prime Minister Andrew Holness yesterday explained during a press briefing held at his office that based on the advice of the National Security Council, there is "reasonable cause to believe that due to rampant criminality, gang warfare, escalating violence and murder, it is necessary to declare" Mount Salem and its environs in the parish of St James as the first ZOSO.

The operation in the area, which commenced early yesterday and is slated to last for 60 days, is being led by Major Godfrey Sterling of the Jamaica Defence Force and Superintendent Kirk Ricketts of the Jamaica Constabulary Force.

If these objectives are not achieved, the period for the ZOSO could be extended.

"The law provides a process by which we go to the Parliament, we make a case and it is debated, and the zone can either end at that time or be extended for another 60 days for the work that has already been engaged to continue," added the prime minister.

The National Security Council will convene to receive and consider the written report of the joint command, which should be submitted every 10 days, while Holness has promised that "within 14 days from today (September 1), I will make a statement in Parliament".

He further disclosed that all the weapons assigned to the joint security force have been registered with the Institute of Forensic Science and Legal Medicine and the ballistics signatures taken.

Omar Sweeny, managing director of the Jamaica Social Investment Fund, has been appointed as deputy chairman of the Social Intervention Committee that is to be established within five working days of the declaration of a zone.