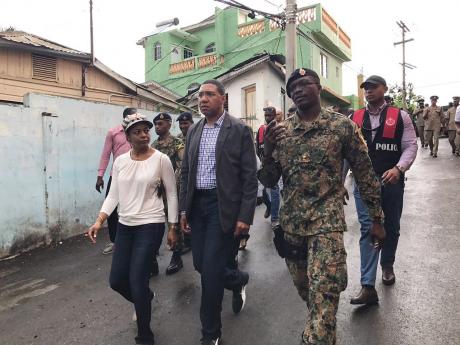 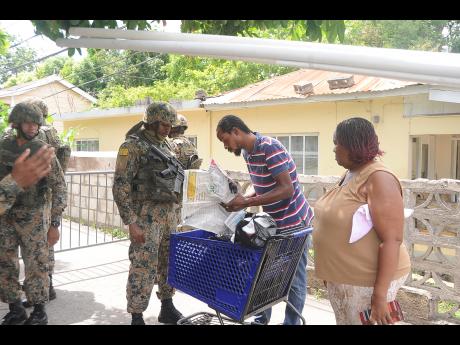 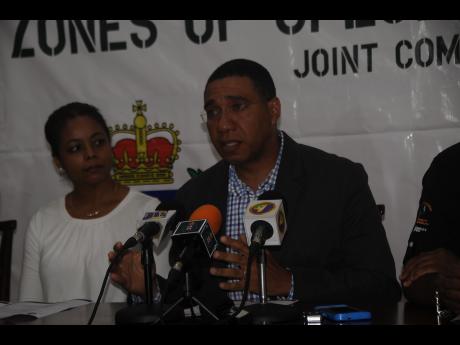 "This is being done to encourage the citizens to work with the security forces and tell them where the guns are," said Holness, who toured Mount Salem before hosting a press conference at which he spoke on a range of ZOSO-related matters.

Of the moratorium, he said, "After the five days, the police will return to the strict application of the law."

The prime minister nonetheless noted that, in instances where a gun found during the grace period can be traced to a crime and its ownership can be determined, that person is liable for prosecution.

Speaking on the reward programme for the recovery of weapons, Holness said it was one of two major incentivised initiatives that will take effect today. The other is a fugitive apprehension scheme.

"The first is a $100-million reward programme for information from the public leading to the recovery of firearms, ammunition and explosives," said Holness. "The funds will be administered by the Ministry of National Security."

With regard to the Fugitive Apprehension Scheme, the prime minister said a $20-million reward scheme will be put in place for assistance in apprehending high-profile criminals.

"We will be identifying the top-20 violence producers in Jamaica and we will be offering $1 million for each of them," said Holness.

"The list will be published by the security forces in short order."

In giving a first-hand assessment of the situation in Mount Salem, the prime minister said while there were some areas of concern outlined by the residents, they were happy that something substantial was finally being done to restore order.

"There were concerns raised about entry and exits and the matter of identification, but for the most part, the people are satisfied with the conduct of the security forces and understanding of the operation," said Holness.

With regard to today's back-to-school exercise, which Holness said was a concern raised by some residents, special provision will be put in place for the next seven days to create a hassle-free environment. Some of the measures decided on are as follows:

- Students in uniform will be allowed entry and exit without a request for an ID for the first seven days. However, they will be subject to search.

- Police and soldiers will have the authority of truancy officers and have been tasked with looking out for children not in school.

As part of an initiative to assist residents who might be faced with back-to-school financial challenges, the prime minister also announced a special fund to assist them with their expenses.

Holness also stated that the social intervention aspect of ZOSO, which is key to restoring normality in the community, will have its first major intervention next weekend with a community service fair, which will see key government agencies coming into the area to offer much-needed services.

"We will have the RGD (Registrar General's Department), the EOJ (Electoral Office of Jamaica), tax office, SDC (Social Development Commission) HEART and the health services," said Holness. "We are bringing in the services so that the people can take advantage of these services."

In detailing how the rewards will be administered under the gun recovery programme, the prime minister outlined the following figures:

- Explosive – negotiable based on amount.

- Ammunition – negotiable based on quantity.

The programme will be facilitated through Crime Stop.