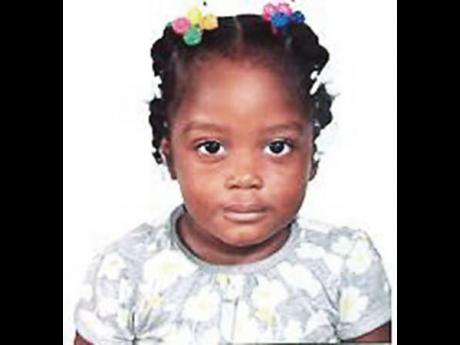 Contributed
Samunya Bloomfield at three years old when she went missing on the night of June 20, 2014. 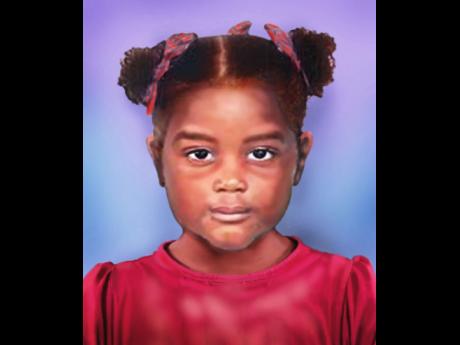 Just over three years have passed since a sleeping three-year-old Samunya Bloomfield vanished from her Grove Farm, St Catherine, home in the late hours of the night.

And while the events of June 20, 2014, remain a painful, unsolved mystery for Bloomfield's family, her mother now clings to new hope provided by Russia-based technology.

Through the Global Missing Children's Network, age progression technology has been used to produce an image depicting what a now seven-year-old Samunya would look like.

"I'm speechless. God alone knows and understands how much this means to us," the missing child's mother, Yanisha Brown, told The Gleaner about the new development.

With continued advancement in age-progression technology, more and more, it is being used in long-term missing cases.

Integral to the process is using images of not just the missing person, but also of his/her parents and other close relatives such as siblings and grandparents.

Her mother's first born, Samunya would have celebrated her seventh birthday in July.

"I didn't know what to expect, but I think she looks just like my Poochie, especially her facial features, like her eyes, nose, and mouth. If I didn't know, I would think that someone literally took a picture of her now and sent it to us," Brown said when she saw the image of what her daughter would look like today.

While admitting that there has been some measure of healing since that tragic night, the mother said that major events continue to inflict mental pain on the family.

"Back-to-school and family gatherings attended by other complete families are really hard. The void is still there, and because of that, it's difficult for the family to live a complete normal life. Closure is needed, so the family hopes something turns up," she said.

"We hope the public understands that no one has to know their number, who they are, etc. Any information is useful. It could be a sighting from last year. Please share what you know."

Brown continued, "This could have happened to any family, so, hopefully, Jamaicans join in the quest to find innocent Samunya. She had already known her family and had established friends, so we need to find her and bring her back to her family."

Head of the Ananda Alert Secretariat Nathalee Ferguson also urged the public to join the search for Samunya, stating that every lead is considered useful.