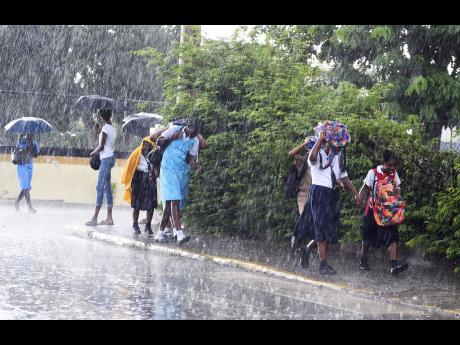 Up to press time yesterday, technocrats at the Jamaica Civil Aviation Authority's Air Traffic Control Facility at the Kingston Air Traffic Control Centre (KATCC) were still trying to recover from damage from a direct lightning strike, which affected services and equipment at the facility.

As a result, activities at the Norman Manley International Airport in Kingston were brought to a standstill.

general at the Jamaica Civil Aviation Authority, said that while there was no loss of lives, important equipment was severely damaged.

"Our teams are working now to restore operations as quickly as possible. It happened during the inclement weather," he said.

Operations were also affected at the Sangster International Airport in St James.

In a statement, the aviation authority said: "As a result of this occurrence, the provision of air traffic services has been affected and the situation is impacting incoming and outgoing flights to the island, as well as flights traversing our airspace. All efforts are under way to restore functionality in the shortest possible time."

Passengers are being asked to make contact with the airlines directly for rebooking and for further flight information.

Transport minister Mike Henry told RJR's 'Beyond the Headlines' that activities were being monitored.

"Outgoing and incoming flights can be impacted overall. We are following it, and I can assure the public that we are dealing with it as urgently as possible," said the minister.

In the meantime, the Meteorological Service says that the weather conditions being experienced in Jamaica are associated with Hurricane Irma. According to the Met Office, a trough associated with the system is now across Jamaica and is expected to remain in the vicinity of the island for the rest of the weekend. It said that the country should continue to expect periods of showers and thunderstorms as well as cloudy conditions through to tomorrow.

A small-craft warning is in effect for offshore areas of the north coast due to strong winds and rough seas in the vicinity of showers and thunderstorms.