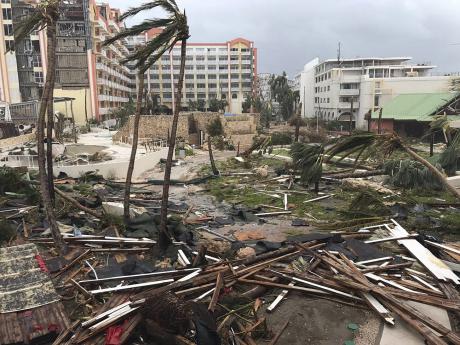 AP
File Some of the damage left i n St Martin after it was ravaged by Hurricane Irma last week.

Despite Jamaica having so far avoided a run-in which the major weather systems which have impacted the region, the new British high commissioner to the island, Asif Ahmad, is taking no chances.

While regional states, including Anguilla, Antigua and Barbuda, Turks and Caicos and St Martin, continue to count the cost of the damage caused by Hurricane Irma last week, Ahmad has asked his staff for advice on how to help Jamaica should the need arise.

"I have asked my team and others as we go around how prepared is the country. What could we do if the situation warranted it? How many persons have insurance? How would the infrastructure be impacted?

"We know that there is a real challenge in terms of working that way," said Ahmad during an interview with our news team last Tuesday.

Ahmad, who served in the Philippines when it was hit by a typhoon of gargantuan proportions, said within days of that disaster the United Kingdom was able to provide more than 1,000 military personnel and aircraft carrier ships.

He said that experience gave him "a toolkit, and the backup from my headquarters in London that should the need arise we sort of know what we need to do".