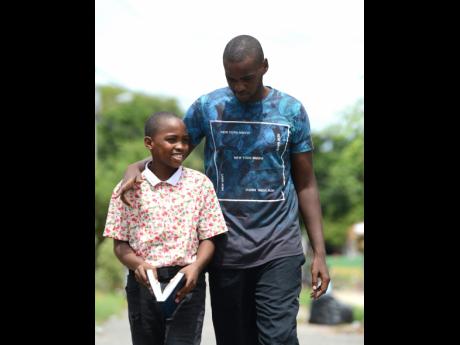 Ricardo Makyn
Brown ... There was a time when I thought we both were going to die, but that’s when he started praying, and it gave me the strength. 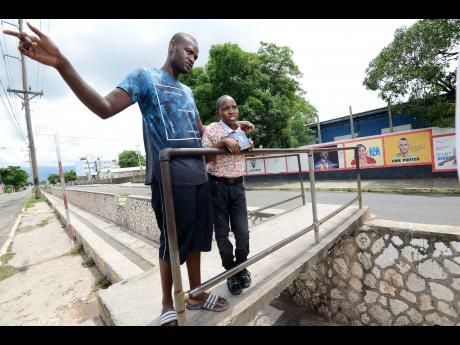 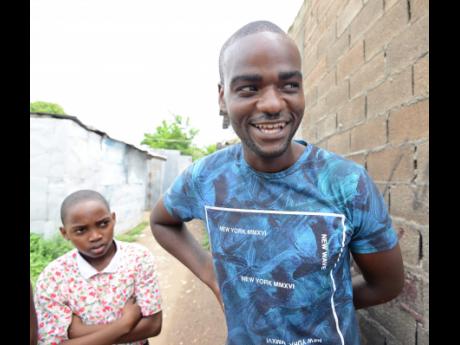 Twenty-four-year-old Tremayne Brown was yesterday hailed as a "God-sent hero" by residents of Trench Town and Arnett Gardens, Kingston, following his valiant rescue of a 12-year-old boy who was swept away in a gully on Collie Smith Drive last Friday.

Twelve-year-old Renaldo Reynolds, a student of Jones Town Primary, was on his way home from school when he and friends decided to play in the gully's rushing waters. He, however, got into difficulties and was swept away by the currents from Seventh Street on Collie Smith Drive, bobbing and weaving in the fast-moving water as panicked residents called out for help on the banks.

Several residents made attempts to rescue the boy, some suspending body parts from overhead bridges for the boy to grab on to. But Brown wasted no time. He ran from the Boys' Town Vocational Training Centre, where he works part time as a labourer, and jumped into the water, clutching the boy.

The currents washed the two away. Brown, who had only six months ago returned to the island after being deported from London, England, got cut and bruised all over his body from debris in the gully as he tried to reach its banks.

Metres away in the May Pen Cemetery, however, he managed to cling to a limb and held on for several minutes as residents following the gushing waters called out to him. At one point, he started getting tired, he said, but that's when young Reynolds started to pray.

"It was hard, really. As I was trying to help him, I was also trying to stand up in the water, but the current was just pushing me. So as I'm trying to hold on, my foot was scraping - knee - everything. I just didn't want the little boy to die," he said, now with a chuckle as he recounted how he desperately tried to grab on to the sides of the gully.

"I would say that man is next to God. Next to God. If something wrong (with Brown), I would even take him as my son. The way mi love him, mi don't even know how to explain it," she said, breaking into tears as she recounted how she thought her son had died when both disappeared in the cemetery.

"Yesterday, I went and look for him and buy some medication for him and mi just hug him (Brown) and just cry because it come in like a God mi a look pon. Because only God himself make him be at that spot at the time to save my son," she said, noting that she always warned her son about playing in the gully.

Yesterday, residents gathered, still singing praises of Brown, whose father, a pastor in the community, was equally thankful to God for saving his heroic son's life.

"Wi want him get a medal pon Heroes Day. Mek him dress up and the whole a wi put on wi nice, clean clothes and go up a King's House go look pon him. That's what wi want, not money," said Sandreen James, a resident of the area.

"And wi want him get a work. He just come, but he is a hard-working youth and him very helpful. Is just a day's work him a do when him si di youth and help him. So wi would like him to get a good job," she said.