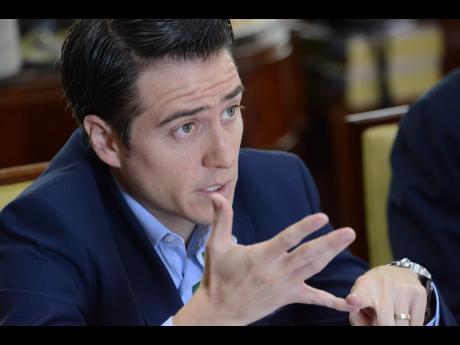 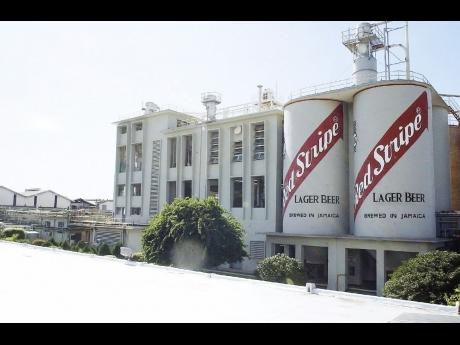 Local brewers Red Stripe stand to save approximately 50 per cent in annual energy cost as it moves ahead with incorporating the use of liquefied natural gas (LNG) as a cleaner, cheaper fuel source, says Ricardo Nuncio, managing director.

"Having our own source of clean fuel, while taking between 10 and 15 per cent from the grid, will allow Red Stripe to save approximately 50 per cent per annum," Nuncio said.

He was part of a panel, which took part in a Gleaner Editors' Forum at the newspaper's North Street Offices on Tuesday, that was looking at the likely impact of the fledgling natural gas sector in Jamaica.

"What I can say is that it is a more efficient fuel source. In addition, the delta between LNG and heavy fuels is not that big because we've seen the pressure on prices on heavy fuels in the world is very depressed right now. So the delta is not that big. But what NLG gives is the possibility to have much more stable scenarios going forward," stated Nuncio.

"It gives you the possibility to plan for further ahead. It is definitely something that will allow us to become more efficient. So we are looking to generate savings of nearly 30 per cent of our operating costs alone," he said.

Red Stripe announced in June a long-term deal with New Fortress Energy to make it the first commercial company in Jamaica to be powered by LNG.

He said that the deal makes good business sense, with New Fortress already settling on investing in three tanks, which will be able to store up to a week's inventory of LNG.

"It is a good project because they are investing in three tanks and they are going to store six or seven days' inventory of LNG, and these tanks will be amortised in the cost we are negotiating and paying," Nuncio explained.

The idea, he said, was to have engines that could use both liquid petroleum gas and natural gas, with LNG to power its combined heat and power plant.

"So we needed to find solutions to make our cost competitive, and one way to do that is the adventure that we started back in 2004 when we decided to build our own combined heat and power plant, which was commissioned in that year," Nuncio said.

In our interest to be self-sufficient

Red Stripe's managing director Ricardo Nuncio said that his company stuck with liquefied natural gas (LNG) because it is a cleaner, more efficient fuel that reduces emissions of carbon dioxide and provides a more competitive energy cost, while leaving a cleaner carbon footprint.

Red Stripe currently produces, at peak, around 2.7 megawatts of power from its 3-megawatt plant, which means that they have to be augmenting that by staying on the Jamaica Public Service grid.

"The cost to take (power) from the grid is double the cost as against producing it ourselves. So it's in our big interest to be self-sufficient, and LNG will allow us to do that, which will, basically, allow us to operate in island mode, delivering all the energy that we need," Nuncio said.