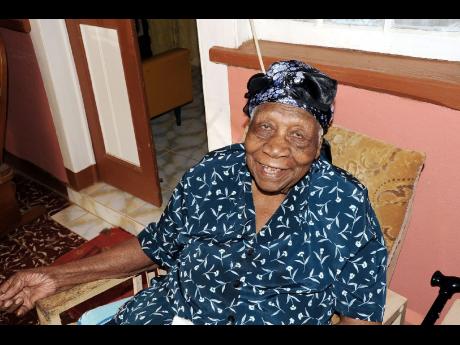 This morning, The Gleaner reported that Moss Brown was caught in the middle of a tug of war between members of her family, as one group claiming that she was not getting the best of care had snatched her from her Duanvale, Trelawny home and refused to say where she was.

Russell said his mother didn't look well on Saturday and was taken to a doctor who said she had irregular heartbeat and was dehydrated.

Since becoming the world's oldest person less than a year ago, Brown has brought much visibility to Duanvale.

She was slated to be visited by personnel from The Guinness Book of World Records.