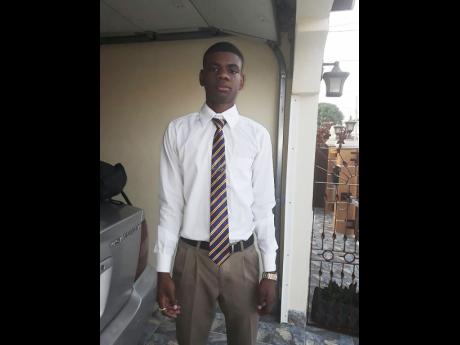 Having vanquished the hard-hitting mock exams earlier in the year, nine grade ones and a grade two in the recent May/June Caribbean Secondary Examination Certificate (CSEC) exams came as little surprise to Ardennite Justin Lynch.

"The mock exams are used to test your readiness for CXC, so it's more difficult," argued Lynch, whose 82.4 per cent average score in the January/February internal exams would be an omen of things to come.

Spanish saw the only imperfection in a grade two, with Lynch already boasting mathematics from fourth form, with a grade one that placed him second in the Caribbean.

"I wasn't cramming before the exams because once I was home from school, I'd do some reading, and I'd repeat same from time to time on weekends. I also did some past papers to keep sharp, so it (CSEC) was no monster at all. It wasn't scary," the now lower sixth former told The Gleaner.

At 5'11", Lynch is a basketballer and an avid supporter of Celtics point guard Kyrie Irving.

The teen admitted that while his love for the sport is time consuming, it's also essential to socialise through sports.

With regard to support, he youngster lauded his teachers and parents, his mother in particular, for the consistent involvement in his daily activities in and out of the classroom.

"She's always been there to motivate and assist me. Even when I wanted to drop Spanish, which wasn't one of my better subjects, she encouraged me to push

forward, and even though I got a two, I don't regret it as a modern language qualification can only be a plus," he said, while pointing out that Spanish was selected as an extra subject with only two classes per week.

Upon completion of sixth form, Lynch is eyeing matriculation to the University of the West Indies or a scholarship to pursue engineering overseas.

In imparting knowledge to those seeking to leave an impact in CSEC exams, the young intellect was brief, simply uttering: "Don't procrastinate."