Gov't to spend more than $600 million in St Mary 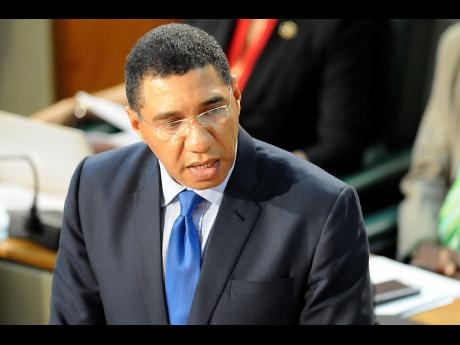 The Andrew Holness administration is to spend $626 million to finance rehabilitation works of the Junction corridor which links Kingston and St Andrew to the eastern parishes of St Mary and Portland.

Holness yesterday signed a contract with Surrey Paving and Aggregates Limited for package one of the Tom's River to Agualta Vale (Agualta Vale to Broadgate) improvement project.

Improvement works will be undertaken under Phase Two of the Government of Jamaica Roads Rehabilitation Project.

According to the prime minister, the road improvement project is part of the strategic development of Jamaica's critical infrastructure.

"We understand that the strategic development of Jamaica is intrinsically linked to our infrastructure development, in particular, our roadways and highways. We are opening people to increased access and opportunities," said Holness at the signing ceremony which took place at the Banquet Hall, Jamaica House.

The prime minister said the Junction road selects itself for repair and the state of the road deserves the Government's attention. He said the Government is committed to infrastructure development and improving connectivity among major hubs in the country.

"This is only a portion of the Government's financial commitment to the parish of St Mary since the start of this financial year. We have pumped well over a billion dollars through infrastructural works in St Mary, since April 2017," he explained.

The prime minister also revealed that the works will impact 18.4 kilometres of the main road from Toms River to Agualta Vale and will be done in two separate contract packages.

Work will begin in October and is expected to be completed in 14 months.

The National Works Agency is the implementing agency.