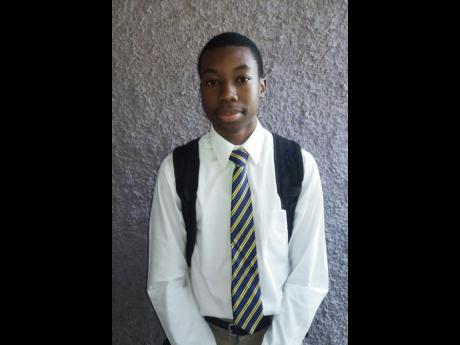 Nine ones and a grade two later and Ardennite Matthew Palmer is resolute that ample preparation is the formula that has brought him Caribbean Secondary Education Certificate (CSEC) exam success.

Visual Arts was the only grade two, with the 17-year-old having already bagged a grade one in mathematics a year earlier in fourth form.

"If you fail to prepare, you prepare to fail," were the sentiments echoed by the youngster as he imparted knowledge of his academic conquest.

"You must first want to achieve it then work towards it, and I did just that. I reviewed my different subject areas as much as time allowed and followed my teacher's instructions," the teen argued.

He added: "I really wanted that grade one in visual arts for all the work I put into my journal, especially, but that's life, I'm still elated and proud of myself."

In assessing his performances, the Stony Hill St Andrew native lauded the support and encouragement of parents and peers while stressing that the environment at Ardenne High was "nothing, if not conducive to learning".

But while the next stop of his academic journey sees him enrolled in lower sixth form at Ardenne, Palmer admits to some uncertainty over his long-term career aspirations.

"I'm thinking either the field of medicine or computer science, but honestly, it could be anything. I'm not too worried about not knowing exactly what I want at this stage, though, as I've spoken to persons, and many have assured me that it's normal to be unsure at this point, so I'll figure it out as I go along. What I do know is that I'd like to give back to my country in some way," he told The Gleaner.

Standing five feet seven inches tall, Palmer plays basketball and urges socialisation through extracurricular school activities, stating that: "Bookwork is important, but being a rounded individual is even more important."