Skip to main content
‘Save our sons!’ - Crying Salt Spring mothers appeal to PM to declare the area a ZOSO

‘Save our sons!’ - Crying Salt Spring mothers appeal to PM to declare the area a ZOSO 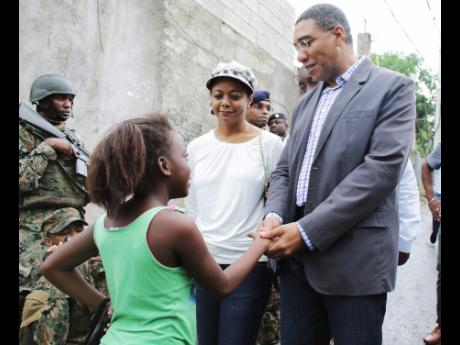 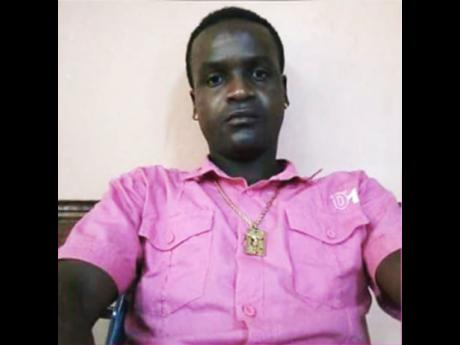 Contributed
Owayne ‘Mizzy’ Hilton, one of the latest victims of crime in Salt Spring, St James. 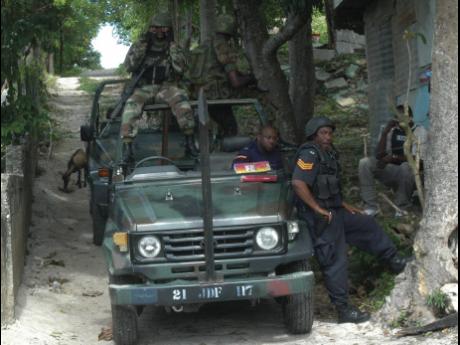 Adrian Frater
In this file photo members of the security forces on operation in Salt Spring, St James, following a flare-up of violence in the area.
1
2
3

Tired of burying their sons, a group of mothers in Salt Spring, St James, have joined together to say enough is enough, and they are calling on Prime Minister Andrew Holness to help them by declaring the community the island's second zone of special operations (ZOSO).

"Recently, a Salt Spring Safety Plan was created during the community discussion. Some of us expressed the view that Salt Spring should be the first ZOSO. We are now asking you to declare Salt Spring to be the next ZOSO," said the group dubbed St James Mothers against Crime & Violence, in an open letter to Holness.

"Prime minister, the crime problem in Salt Spring is unbearable. We need help now before we lose another child," said the group.

Salt Spring, in North West St James, is represented by the Jamaica Labour Party's Dr Horace Chang, and is part of the Montego Hills police area, which has recorded the most murders in the parish since the start of this year.

The Sunday Gleaner has seen official figures up to September 1, which show 43 murders and 25 shootings in the Montego Hills police area, which also includes the troubled community of Bottom Pen.

Since the start of this month, there has been several other violent incidents in the Salt Spring community, leaving the mothers in tears.

"We want to bring to your attention what happened just last weekend (Saturday, September 9). One of our sons, Owayne 'Mizzy' Hilton, was killed en route to the 'Drums Fi Life' workshop organised by the Fi Wi Jamaica project of the University of Technology, in collaboration with the Peace Management Initiative and Sam Sharpe Teachers' College," wrote the group.

"Mizzy was going to this workshop and other workshops because he decided to change his life. We believe he was gunned down because of this decision. Mizzy was 28 years old and left behind a two-year old son. Another fatherless child," added the group.

The Salt Spring mothers said last Sunday they woke up to guns firing in an area called 'Supermarket' in the community. A 22-year-old man was gunned down in that incident while waiting for a taxi.

"Monday evening (September 11), several criminals were parading up and down with high-powered weapons in full display, even though there were police officers present in the community at the time.

"We have almost daily incidents of crime and violence. Many of us wake up nightly to the sounds of gunshot, and as a result, many of us sleep with our mattress on the ground. Prime minister, we desperately need help," declared the mothers.

They charged that the need for ZOSO is desperate as the community needs more than members of the police force patrolling their streets.

"Please note that although we know that there are some good police officers who risk their lives to protect us, and we are thankful, given our past experiences, many residents of Salt Spring, like many other Jamaicans, do not trust the police.

"We therefore ask you to send more soldiers than police in the Salt Spring special operations. Also, please bring plenty drones to watch the movements of the criminals as they try to leave, and plenty metal detectors," added the mothers.

They argued that in addition to reducing crime, they need Salt Spring to be declared a special zone to give them a chance to achieve normality.

"The most important part of the ZOSO that we want in Salt Spring is the opportunity to find jobs, run our business and to improve our level of education, especially for our youths.

"Most of the youths have been traumatised because they have seen too much murders and vicious crimes for too long. Some have developed mental problems and many are not interested in working, going back to school or doing anything to help themselves. Prime minister, our children need your help," said the mothers.

The group said its members decided to come together and speak out because, as mothers, they know that the real solutions to the crime problem begin in the homes and they have an important part to play.

"We are also aware that there are mothers who are not doing the right thing and some are supporting rather than discouraging their children, especially their sons, in criminal activities.

"Some of them are even selling their daughters and sons. Many of them are single mothers who have been raped or abused and have no help ... they can't manage. We also need help for ourselves and to help each other. We want to help other mothers to do better," said the St James Mothers against Crime & Violence.