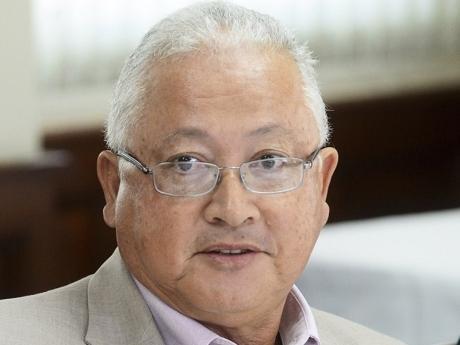 Chuck: "To my mind is just scandal of the highest order ... The whole divorce section has been corrupted!”

The Justice Minister Delroy Chuck has revealed that a major police probe is now underway involving staff members in the divorce unit of the Supreme Court.

It follows the discovery that divorce decrees stamped by the Registrar of the Supreme Court are being signed by fictitious judges.

"One was signed by a James Brown, there is no judge known as James Brown," Chuck said this morning on Independent Talk on Power 106FM.

The decree absolute is the second of two documents required to dissolve a marriage.

"This to my mind is just scandal of the highest order," Chuck said. "The whole divorce section has been corrupted!”

He said the divorce documents signed by fake judges were being presented to his Ministry by people who, having obtained them, went ahead and got married again and were now seeking new marriage licenses.

The minister said because of the frustration in obtaining divorces people have become willing to pay to accelerate the process.

Chuck reported the matter of the bogus divorces has been turned over to the police fraud squad and if the investigation does not progress at a satisfactory pace, it will be escalated to the Major Organised Crime and Anti-Corruption Agency.

According to Chuck, several people from the divorce unit have been charged for corruption, but it seems many more rogue employees are there.

He is insisting that delays are being produced in the public sector to facilitate corruption.

The president of the Jamaican Bar Association, Jacqueline Cummings agrees that the divorce delays have been chronic.

Cummings said over the period, the process for filing divorces has changed so that the claimant is no longer required to appear before a judge and may therefore make the application from anywhere in the world.

At the same time, she says there has been an increase in the number of divorce applications.

"They increase the staff at the Supreme Court, yes, but there is this need to inspect every document and ensure that every ‘i’ is dotted and every ‘t’ is crossed and they tell you do this and to do that before you get the divorce," she said, suggesting that the paperwork was excessive.

Cummings said under the old system, there was less need for paperwork in divorce proceedings when applicants would make their cases before a judge.

Even so, the Justice Minister says there is no reason why a divorce should not be done in a few months.

"It doesn't require judicial time. It requires some of our workers just putting their minds to it, get it to the registrar and let the registrar sign off as soon as possible."