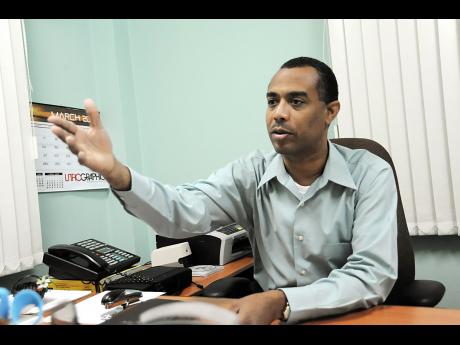 John-Mark Bartlett, pastor of the largest congregation under the United Pentecostal Churches (UPC) banner, has been given 14 days to resign as head of the Wildman Street Pentecostal Tabernacle (Pentab) - the Kingston-based church he has led for several years.

The Gleaner was told yesterday that this was a result of a fallout following UPC board earlier this year evicting Faith Chapel Apostolic Ministries (formerly Faith Chapel) from the Renfield Avenue, St Andrew, location it used for 36 years. Bartlett took a strident position that the action was unjustified.

According to sources, the dynamic preacher, who is described as a household name in the Apostolic Church in Jamaica and who heads the church with the nationally renowned Pentecostal Tabernacle Choir, was told to leave on Friday.

The source said Bartlett is being punished after voicing his disapproval to UPC - the umbrella organisation for the Apostolic churches.

Faith Chapel had broken away from the UPC; however, Pentab has remained.

"UPC is now in revenge mode and going after all the pastors who objected to the decision on Faith Chapel. And the next pastor they going after is Pastor (Wendel) Rankine from Portmore," said the well-placed church source.

The source said Wildman Street Pentab was not going to take this action lightly.

"We are warriors, warriors for souls, warriors for Christ. And we are going to war on this one. Because it is wrong and God does not like ugly. I doubt Pentab congregation knows because the pastor that I know would not tell the congregation. Next thing they say he is inciting us to war, and that's not him," the source said.

The Gleaner was unsuccessful in getting an official response as to the reason why John-Mark Bartlett was asked to resign as head of the Kingston-based Wildman Street Pentecostal Tabernacle, which he has pastored for several years. The church falls under the umbrella of the United Pentecostal Churches (UPC).

When contacted, the Ocho Rio, St Ann, church, where UPC head Garth McKoy is based said he was out of office for a few weeks. At UPC's head office on Eastwood Park Road in St Andrew, The Gleaner was told that General Secretary Clebert Russell was present but on a call. Later, we were told that he was in a meeting. The nature of the call was conveyed. However, up to press time, the call was not returned, nor was there a response to our email.

John-Mark, as he is affectionately called, does not own a cell phone and could not be reached yesterday. A visit to the Wildman Street church yielded no success, as the office is closed to the public on Mondays.

Bartlett is set to lose his pension as well as being evicted from the house he and his family occupy, which is owned by the church. As in the case of Faith Chapel, UPC has stated that anything purchased while under the banner of the UPC is owned by that body.

The 21-member UPC board has four honorary members.

Formed in 1945 by a merger of the former Pentecostal Church and the Incorporated, and Pentecostal Assemblies of Jesus Christ, apostolics adhere to the non-Trinitarian theology of oneness.