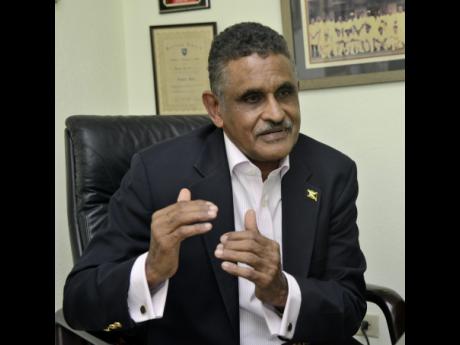 One senior medical doctor who spoke with The Gleaner said that the treatment of breast cancer goes way beyond economics as there is also an emotional burden attached.

According to epidemiologist and head of pathology at the University of the West Indies Dr Gillian Wharfe the cost to treat breast cancer is largely determined by the stage at which the disease is detected. Noting that many patients will receive chemotherapy as part of their treatment, Wharfe said that for early stage disease, it can be only for about four months. But for Stages II and III treatment is usually for six months. Depending on where it is done, a single treatment of chemotherapy can cost upwards of $25,000.

"If the patient has advanced disease, Stage IV, then treatment duration is guided by how well the patient is responding, as well as the severity of the side effects that the patient is having. Chemotherapy doses are based on height and body weight and so will vary from patient to patient," Wharfe told The Gleaner.

For those patients with incurable cancer, they will not only be monitored by simple blood tests, but may also have tests for tumor-marker response, as well as imaging as determined by their symptoms or to assess response to treatment.

"The goals of treatment are cure for early stage and palliation of symptoms for advanced disease," Wharfe said.

For his part, veteran plastic surgeon Dr Guyan Arscott, who has been practising medicine for more than 30 years, said that a cancer diagnosis can wipe out a family's finances. With women being the backbone of many Jamaican families, Arscott said that the consequences are often quite serious. As such, he said early detection was crucial. This, as the treatment of breast cancer comes with a significant economic burden.

"When a female is taken out psychologically, psycho-socially, financially, and sometimes the ultimate tragedy - death - it's a telling blow to the household and the society in general," Arscott told The Gleaner during an interview at his Old Hope Road office.

Arscott noted that once breast cancer is detected, the financial burden to the State and the patient begins. He explained that treatment only commences after histological or cytological confirmation. "This requires a biopsy (which is) image guided or surgically. In the public sector there may be unfortunate delays at this stage, due to lack of resources or personnel. Treatment then commences with significant costs and unfortunate delays at every stage," Arscott said.

Specialist in reconstructive surgery Dr Guyan Arscott says that a way must now be found to reduce the costs of treating breast cancer. He argues that the costs associated with the treatment of the disease, including medication, are too high, considering how common the condition is. He says that significant government input is needed and suggests that Caribbean governments must lead the way in lobbying drug manufacturers in the same way they lobbied for and got significantly reduced prices for medication used to treat HIV/AIDS.

While focus is placed on required treatment options such as chemotherapy and radiotherapy, Arscott says that Jamaican women who, like other women, are concerned about image, should be told about the option of reconstructive surgery. His preferred term for the procedure is "rebalancing". He posits that a woman is less stressed when she is not worried about "how she looks". Arscott says that Jamaica should move in the direction of the United States, where breast cancer patients are told about their treatment options, including reconstructive surgery. He says that it is available in Jamaica in both the private and public sectors.

However, Gleaner research shows that at a cost of between $600,000 and $800,000 per breast, it is prohibitive for most patients, and some doctors are unwilling to give of their time free in the public sector.

Arscott says that the Government and health insurance carriers could modify policies to provide better coverage for many more Jamaicans, for example, select groups of workers such as teachers, nurses, the police, and civil servants. "We should also find ways and means to fast-track a fairly high standard of cancer management in the public sector," he said.

In the meantime, Health Minister Dr Christopher Tufton, when asked whether policy changes were being contemplated that would help reduce the cost of cancer drugs and treatment, said that the ministry continued to promote primary prevention and early detection. That, in turn, prevented risk factors such as physical inactivity, unhealthy diet, tobacco use, and alcohol abuse which, along with early detection, reduce costs. Tufton said that the evidence showed that the interventions were critical to preventing disease and intervening early in the disease process to reduce cost. "This is one of the motivations for the JaMoves campaign," he said.

What it is costing patients

Here are some of the costs associated with the treatment of breast cancer. The costs were provided by senior medical personnel:

Average costs to make a diagnosis of breast cancer in one breast:

Average costs after a breast cancer diagnosis for preliminary staging (before surgery):

- Removal of breast, inclusive of assistant doctors and hospital fees - $650,000

Total costs for an early diagnosis to surgery:

Total costs for a late diagnosis to surgery:

These treatments are available in the public hospitals free of cost but because of the demand to access these services, there are extended delays to access them. The Jamaica Cancer Society offers its customers mammography screening at a subsidised cost of $3,800. Those customers requiring further evaluation have access to private consultation with general surgeons at the society's Breast Clinic at a contribution of $1,500. The Cancer Society also offers its customers small grants to access cancer treatments.

The National Health Fund also provides the public with discounts through their Drug Serv facility to access expensive cancer drugs.